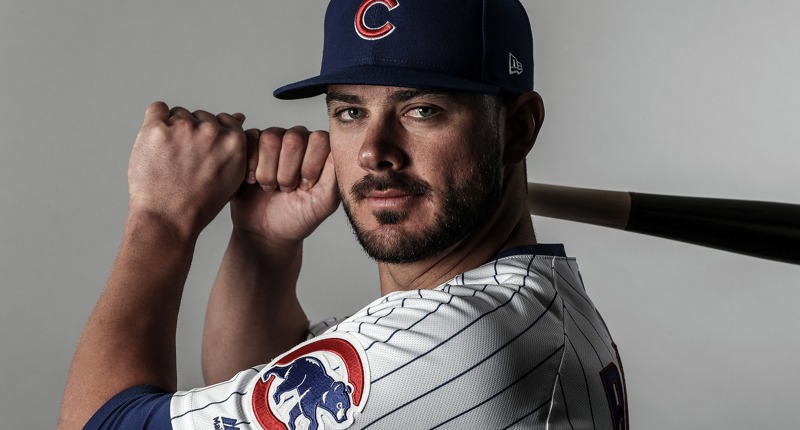 You know what stinks? Not being able to kick back and enjoy the Cubs recent run on wins (12 in their last 17 tries), because I’ve got longer-term, bigger-picture things locking my mind up. It’s bumming me out.

In particular, the current story arc of one Cubs player is throwing me for a loop.

By now, you should already know why, but in case you forgot the story: Kris Bryant was off to an extremely hot start last season – better, in fact, than he had ever been in his entire career (169 wRC+ through the first seven weeks) – when he decided to check out the Gotham City Opera with his parents on May 19th. After quickly getting bored – because it’s the opera – Bryant and his parents decided to leave out a side door and into an alley, where they were met by some muggers. Bryant eventually fought them off, but not in time to save his parents … and his shoulder hasn’t been the same ever since.

You know, it’s possible it was a headfirst slide into first base. In any case …

Bryant, of course, said he healed up fully (with the help of a radioactive spider bite) over the offseason, but when you look at his overall slash line, it’s easy to be underwhelmed: .229/.353/.417 (108 wRC+), even if it is above average.

But there has been some signs of life lately and you can read all about them in Jay Jaffe’s latest at FanGraphs: Kris Bryant May Have Turned the Corner.

I’m not sure I can go quite as far as Jaffe and proclaim any corners turned, but it is obviously good to learn that his first home run of the Diamondbacks series on Friday was his hardest-hit homer since the middle of July … 2017 (111.1 MPH exit velocity). And I was equally pleased to learn that with his double on Saturday and opposite-field home run on Sunday, Bryant has collected extra-base hits in three straight games for this first time since the three days leading into the opera last season.

Of course, it’s not all good news – because it never is. Bryant’s groundball rate is up quite a bit this season, especially when he pulls the ball, which is very un-Bryant-like and extremely unproductive. Worse, even when he does manage to pull the ball in the air (i.e. his power stroke), Bryant’s production is literally half of what it was in the past – indicating that he isn’t currently generating as much power as he may once have. That’s a pretty tough pill to swallow, but it’s not exactly unbelievable given everything that’s happened with his shoulder.

It’s also not necessarily permanent, nor is it some sort of death sentence. As Jaffe points out, Bryant seems to be evolving. Be it by choice or circumstance, Bryant is going to the opposite field a lot more this season (32%) than he has through the first four years of his career (roughly 21.5%) and he’s producing far more when he does.

But here’s the thing, I don’t see that as the happy endgame for Bryant. I don’t think he’s suddenly going to start pulling the ball less, going the opposite way more, and just trying to make that his new style. Instead, I think that’s more the product of a good, more familiar approach at the plate – something we may have seen develop slowly over the course of the entire season. Check this out.

Kris Bryant has played in 25 games this season, totaling 116 plate appearances along the way. If I split that in half (closest I could get in FanGraphs was his first 56 PAs (12 games) and his second 60 PAs (13 games)), these are the results:

So first and foremost: good, good.

Bryant has actually been 28% better than the league average hitter over the past few weeks. And it’s not just the results, nearly all of his peripherals are supporting the improved performance.

Bryant is walking more, striking out less, hitting the ball harder, and hitting the ball in the air more. And despite the harder contact, his BABIP has dropped from an already uncharacteristically and unsustainably low .294 to an even more ridiculous .237. Given that Bryant is at .341 for his career with a 35.9% hard-hit rate, I think it’s fair to say he’s been extremely unlucky all season long, but especially so in these last few weeks … again, when he’s been 28% better than the league average hitter.

So where does that leave us? Well, I was never really worried about Bryant, even as I was frustrated by what I was seeing at the plate, but now, I’m not concerned at all. I always figured he’d straighten himself out at the plate – he’s too good of a hitter not to – but now I feel like that process is already WELL underway. After all, he’s been far better than the league average hitter for half of his 2019 season and if it weren’t for some unusually bad BABIP luck (not only based his career numbers, but how well he’s hitting the ball *this season*) he’d probably look even better.

And when you can throw in matching strikeout and walk rates with a ton of hard contact? I just don’t know what to say other than I think he might already be fine. Just keep him away from the opera, and the MVP-caliber numbers will return.