Steve Cishek Was *PUMPED* to Finish Off Last Night's Win, and It Was Smart to Trust Him Skip to content 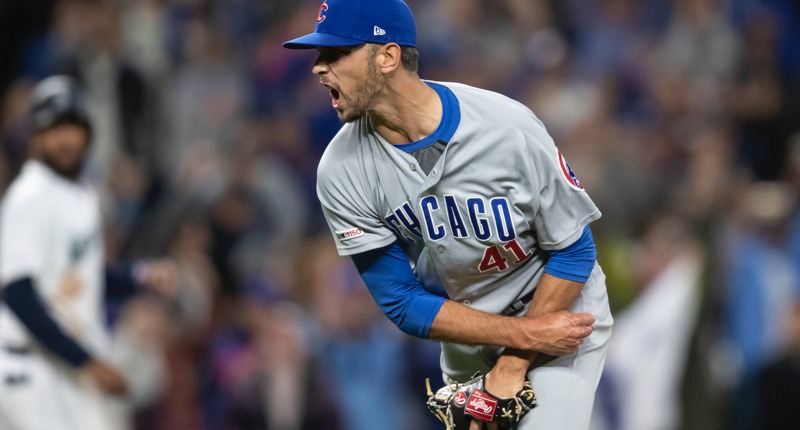 The way last night’s game played out sure made me look good on Twitter (and isn’t that our one, collective purpose here on Earth?). Here’s why: With two outs in the eighth inning of a one-run ball game, Joe Maddon turned to Steve Cishek for the four-out save.

For the casual fans among us, that may have seen like a risky choice, what with Cishek’s 4.63 ERA this season. But for the super-geniuses watching, you knew there was something more going on behind the scenes with that number:

Steve Cishek has a 4.63 ERA through 11.2 IP, which obviously isn't great. HOWEVA, all of his 6 earned runs were split across two outings.

Cishek got Mitch Haniger to strike out swinging on a 78 MPH slider to end the eighth inning. With a thin bullpen, Joe Maddon elected to have Cishek stay in to finish off the ninth, which, eventually, he did.

Cishek got a dribbler from Domingo Santana, which turned into an infield single. A wild pitch sent Santana to second, and Cishek then walked Edwin Encarnacion with a base open, before getting Tim Beckham to ground into a double-play.

And then, with the game-tying run just 90 feet away and a full-count on Jay Bruce, Cishek perfectly placed a fastball on the inside corner for a game-ending called third strike.

After the game, you could see that the adrenaline of that moment had basically still not worn off, which, good for you, man. That was a killer performance:

“I just had a ton of adrenaline. I kinda blacked out with the old fist pumps and stuff – I don’t usually do that too much, but it was a fun moment.”

Fun is an understatement. That was a killer four-out save that brought the Cubs to a season-high three games over .500, and moved them one game closer to tying their longest winning streak of the year. And since this is just a two-game series, the Cubs are now guaranteed a split, which will keep the series loss-less streak (April 7) alive. Oh, and they came back twice in the game. Just so much good stuff from a team perspective.

Of course, on an individual level, that performance provided a little boost to Cishek’s numbers, too. His 4.15 ERA is still elevated for a back-end reliever (2% better than league average), but everything else looks legitimately excellent.

For example – and perhaps most notably – Cishek’s 72.4% ground ball rate is the third highest mark in baseball, behind only Zach Britton and Luke Jackson. Meanwhile, Cishek’s 13.3% hard-hit rate is the third lowest mark in MLB. And, sure, his 11.5% walk rate is high, but his 30.8% strikeout rate is beautiful.

And, frankly, based on his 56.3% zone swing rate (14th lowest/best in MLB) and 75.5% zone contact rate (19th lowest/best in MLB), I wouldn’t be surprised to see that strikeout rate stay up there. Batters are clearly not picking up on his pitches well, and when they do guess right, they’re swinging right through them.

Obviously, we’re not allowed to just throw away those two terrible outings that accounted for all of his earned runs this season, because bad outings do happen and they have to be figured into the calculus. But I think it’s pretty easy to guess that Cishek has actually been his usual, dominant self this season except for two days when things got really out of whack.

Joe Maddon and the Cubs must be careful not to overuse him and run the risk of wearing him down early, but again: Cishek is looking GOOD. Let’s hope he keeps it up. I want to keep looking smart on Twitter.