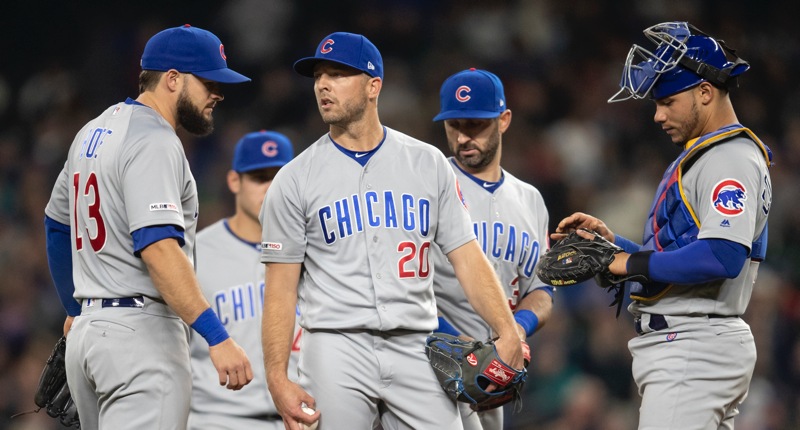 Why must the best-tasting version of my preferred morning coffee also be the most unhealthy? I know that’s often the case with food and drink, but I can usually find a healthier version of something I like that is as good or better than the unhealthy versions out there. But I keep trying to play around with coffee, and I just can’t get there. It’s either drink the reasonably healthy version and it’s “fine,” or drink the unhealthy version and it’s “heaven.” (It’s an iced vanilla latte, by the way, and yes, yes, I know what’s coming. Bring it on. Don’t care. It’s good.)

Cubs were down so many relievers, Taylor Davis was about an inning away from taking the mound. Per Joe

ICYMI: Some great quotes here from big league veteran Brian Duensing who is struggling to get back to the big league’s perhaps one last time. #Cubs #Orioles #MNTwins https://t.co/NXqed73tZB

This is a fantastic, challenging, and a little sad read from @TommyBirch on Brian Duensing's attempt to make it back to the big leagues, maybe one last time: https://t.co/4Za38y8YoL pic.twitter.com/7G5LZxvmGg

Bears as Must-See-TV, Rookie Contributions, Mack and Roquan Ready, Don’t Be a Jerk Online, and Other Bullets https://t.co/wCdjOziCNE pic.twitter.com/zyyphRZKtc