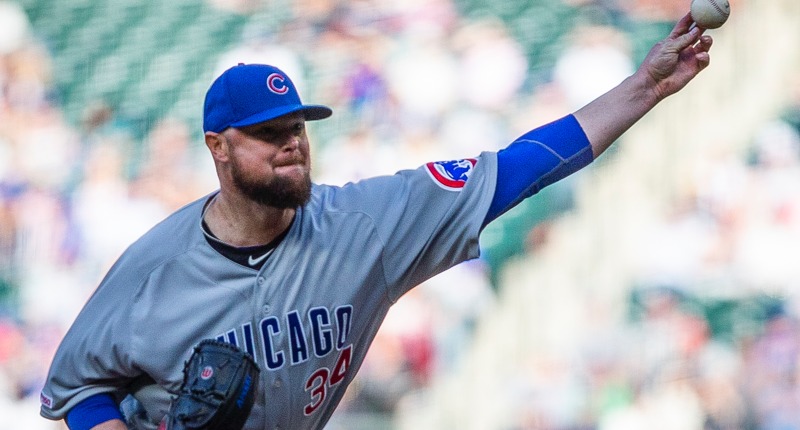 Jon Lester, man. What else can we say about him. We’re obviously going to get into last night’s excellent start here today (there’s plenty of interesting and drool-worthy tidbits), but I just wanted to take a beat up top to really, fully appreciate how awesome he is.

Maybe the peripherals aren’t all excellent, his velocity isn’t where it used to be, and he hasn’t been fully healthy this season, but whenever Lester takes the mound it’s just a freakin’ clinic. Every.Damn.Time. Dude is just good at pitching. I love him. And want to hang out with him. This is getting weird. Let’s move onto last night’s start.

Despite an already solid start to the 2019 season and despite facing one of the tougher offenses – particularly against left-handers – in MLB this year, Lester turned in his best start of the season against the Mariners: 7.0 IP, 1H, 1BB, 8Ks.

Over 7.0 innings pitched, Lester struck out eight batters while allowing just one hit and one walk, resulting in a Game Score of 85. That’s dominance, and also basically as good as Lester has every been with the Chicago Cubs … seriously:

Lester’s start last night was better than any start he made in 2018 and all but one start in 2017. He beat it three times in 2016 (only barely), but that’s the season he finished as the NL Cy Young runner-up, so … yes, his outing is in very good company.

It was – more or less – the seventh best start of his 132 start Chicago Cubs career.

But here’s the really fun part: his season numbers.

Due to his time on the shelf, Jon Lester is a couple innings short of qualifying right now, but if he did qualify, his 1.73 ERA would be the third best mark among all qualified starting pitchers. And it is the fifth best mark among all pitchers with at least 20 IP this season.

I still don’t love his batted ball data, which has too much hard contact and fly balls for my taste, but he’s doing something else this year – punctuated by his performance last night – that will make you grin from ear to ear.

With eight more strikeouts and just one walk last night, Lester’s 2019 strikeout rate is nearly matching his career best: 26.5%. And although his 6.9% walk rate isn’t quite down at that 2014 level, it is better than 2018 and 2017 and obviously almost a full click better than his career numbers. At age-35, that is beautiful.

And interestingly, he’s not really earning these strikeouts on whiffs. Last night, for example, Lester’s 7.2% whiff rate was his lowest of the season. HOWEVER, he was clearly confusing the heck out of batters, because they swung at just 59.1% of pitches in the zone, compared to a 67.6% season-average and 66.2% career average. He was just freezing them up and that’s not only going to lend itself to more strikes/strikeouts, but also better contact management.

As I pointed out, quality of contact has been a problem for Lester this season, but it wasn’t last night. Of all the balls the Mariners put in play, only 6.7% qualified as hard contact. His season average before last night was 50.9%(!!!!!). And remember, this was against a Mariners offense that wasn’t just hitting well, but was absolutely crushing left-handed pitching before the Cubs came to town.

I have no clue if Lester’s going to be able to sustain this level of dominance the rest of the season, but unlike last year, Lester’s peripherals are a lot stronger. I’ve already learned not to over-analyze when it comes to this one, uniquely talented starting pitcher, but that’s obviously still a reassuring thought.

Big *you know what* Jon was out to play last night and he absolutely dominated a really good offense … again.