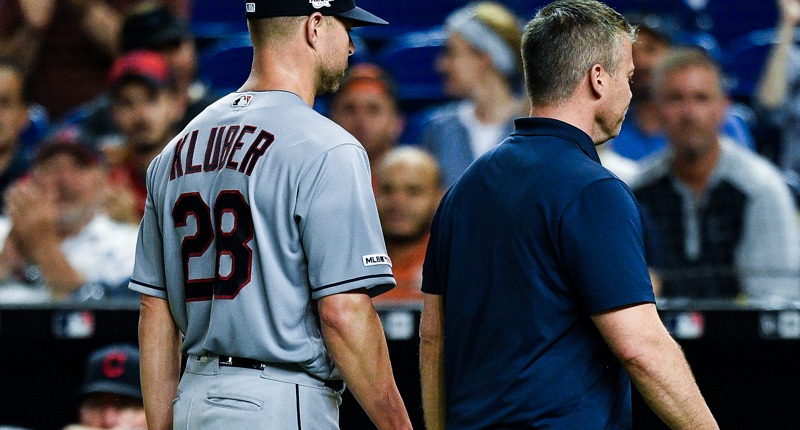 Awful news for ace Corey Kluber and the Indians, as the righty took a line drive comebacker off his pitching arm last night … and it broke.

Corey Kluber left the game after taking this 102-mph line driveline drive to the arm 😬pic.twitter.com/5iQOXxO2Mu

You could tell immediately by the way the ball just died straight down after impact, and the way Kluber reacted, that it was serious.

Initial X-rays on Corey Kluber revealed a non-displaced fracture of his right ulna.

Corey will be reevaluated tomorrow in Cleveland to confirm and assess timetable. pic.twitter.com/14FpTv84Y2

The immediate conversation is how the Indians will weather this blow, given the injuries they already have and the moves they didn’t make in the offseason.

Even though Corey Kluber hasn’t been his typical self this season, his fractured arm on a comebacker is a brutal blow for the Indians. Their starting pitching is their strength, and between Kluber and Mike Clevinger, their rotation depth is going to be tested significantly.

The Indians could afford a quiet offseason, but must now pay the price with Corey Kluber’s injury https://t.co/gzdHtt22vk

Although it is only the first week of May, it’s possible the Indians will feel compelled to quickly make a (cost-effective?) move to supplement their rotation. It’s hard to imagine a guy coming back soon from a broken pitching forearm.

This will bear following. 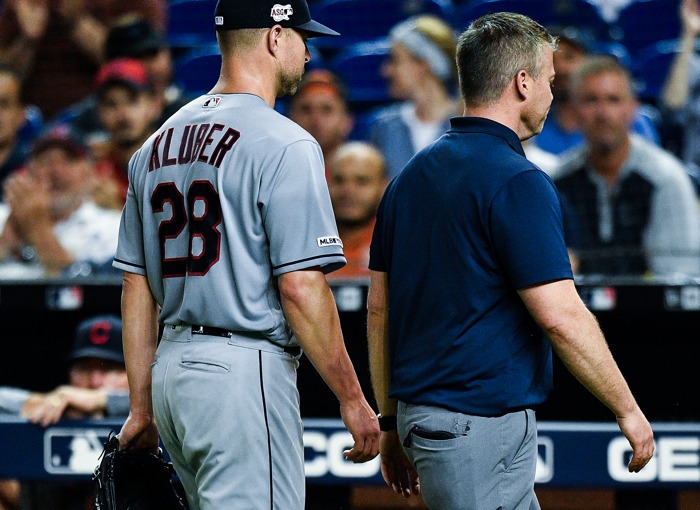