Holy Javy Baez: The Cubs Shortstop Has Just Been So Very Good Skip to content 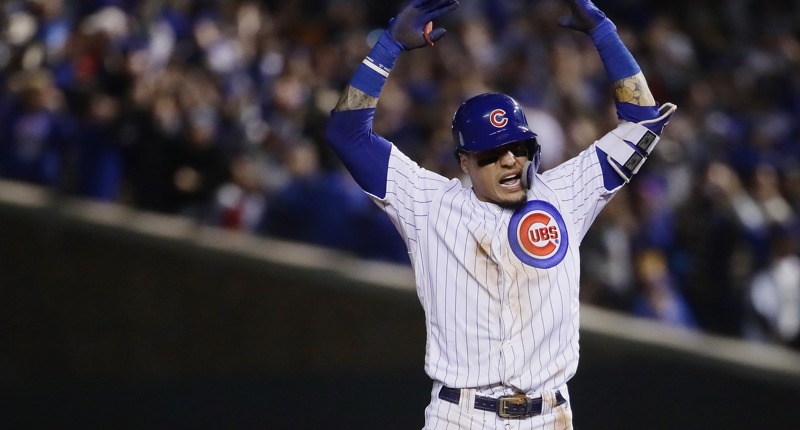 When I did our off-day check-in yesterday (spoilers: things are looking good), I picked Anthony Rizzo as the “standout” offensive performer of this recent stretch, because, well, he’s been really good. HOWEVER, I think I needed to be more mindful of my choice in words.

While I was saying Anthony Rizzo’s performance was particularly noteworthy – and for very specific, obviously good reasons – I didn’t mean I thought he was the best (let alone only) standout performer of this stretch, because, frankly, Javier Baez (among others) has been an absolute machine.

We’re only a month into the 2019 season, but I’m no longer really concerned that Baez’s breakout 2018 campaign was just some one-off fluke. He may not perform at these MVP levels throughout the entire season, but … he sure is so far.

Through 28 games and 128 plate appearances, Baez is slashing .314/.352/.653 (158 wRC+), and has already been worth 1.6 WAR (6th most in MLB). He’s an absolute stud at the plate, on the field, and, as it turns out, possibly the best base runner in baseball, so here’s a mish-mash of some random and unrelated love for the Cubs standout performer of the year.

Just here to remind you that Javy Baez is doing what he's doing to start the season with:

PLUS, he's hitting the ball WAY harder than he ever has before

He’s brought his insane talent *just* enough under control to weaponize it. 💥 https://t.co/isdLfzDdel

When god made Javy Baez …. (audio on) pic.twitter.com/Hwz9Mlp5HC