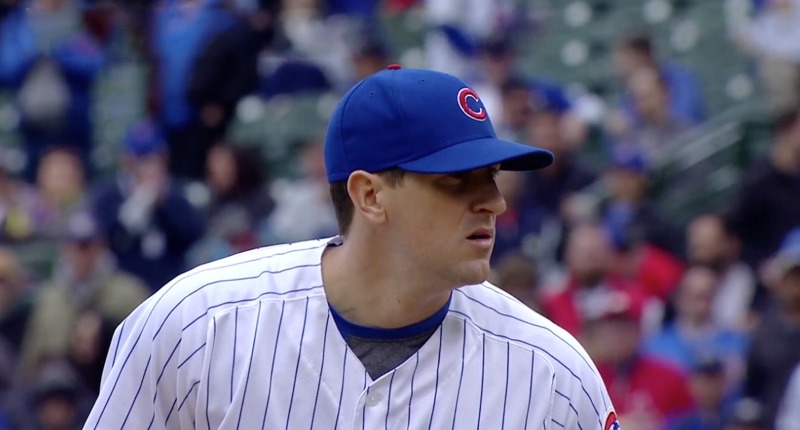 Before today’s game, Kyle Hendricks had been struggling quite a bit to start the 2019 season, and just really wasn’t looking like his usual, dominant self. And yet, something about the whole experience felt eerily familiar.

So I went back and dug through his last few seasons, and discovered that he’s actually struggled through the first five games of his season a lot. And that after that, he’s usually pretty good.

Kyle Hendricks has a history of turning things around – rather dramatically after his first five starts of the season. Today would be that day. pic.twitter.com/Tq398BkL4y

And guess what? He just dominated the HECK out of the St. Louis Cardinals at Wrigley Field: 9.0 IP, 4H, 0BB, 3Ks. But we can do so much more than that.

There’s a common baseball-ism, particularly popular around these parts, known as a “Maddux.” Named after the Hall-of-Famer Greg Maddux, throwing a “Maddux” happens only when a pitcher not only tosses a complete game shutout, but does so in fewer than 100 pitches.

Well, Kyle Hendricks did it in WAY fewer than 100 pitches today.

.@kylehendricks28's 81 pitches are the fewest in a #Cubs shutout since Jon Lieber's 78 in 2001!#EverybodyIn pic.twitter.com/OuKwFVdXg1

And in fact, Hendricks came up just three pitches of short of the record, set by Jon Liber back in 2001!!!

DUDE! The Professor was on full display today. Wow.

And like a professor, he celebrated his success with … a little held nod and the tiniest smirk ever.

The "big" celebration from Kyle Hendricks after his 81-pitch complete game shutout. pic.twitter.com/wVGAsKaXV3

Hendricks has a lot more work to do to get his season back on track, but that was one of the most impressive freakin’ performances we’ve seen in a good, long while. What a start to the weekend.

Kyle Hendricks just tossed a Maddux. Heck of a way to start the weekend. @Kelly_Crull caught up with him on the diamond (@JandSJewelers) pic.twitter.com/Ct168hxUIN

Post-publish Update: By the way … did you catch Dexter Fowler’s funny little moment with Hendricks in the ninth? I’m still dying of laughter:

And if you’d like to watch all 81-pitches in a minute and a half, we’ve got that post up for you right here:

Watch All 81 Pitches Kyle Hendricks Needed to Beat the Cardinals (In Under 2-Minutes!) https://t.co/18z7AK35oW pic.twitter.com/e8GL3DkYeT