The Cardinals Got Mad, the Cubs Bullpen is Still Crazy, Javy's Oppo Glory, and Other Bullets Skip to content 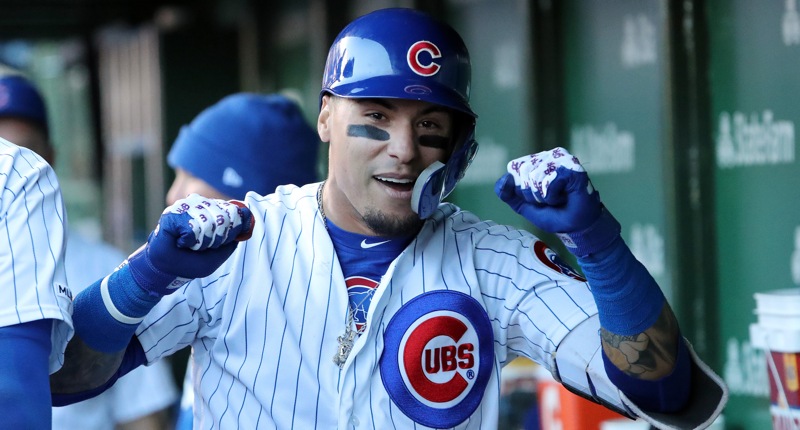 The Family is going hiking this morning, and, although it’s gonna be chilly for this time of year, it at least looks like it’s gonna be dry. Fun times.

Ah, the game when Chris Coghlan did this. One of the craziest and best of the year: https://t.co/IBx8S58q1R https://t.co/IFqDniBrCz

Taylor Davis becomes the seventh player in MLB history and the first @Cubs player to hit a game-tying grand slam for his first career home run.

The last player to do it was Will Middlebrooks on May 6, 2012. #EverybodyIn

It is *INSANE* how much better the #Cubs bullpen has been than the rest of baseball since April 7 (the day after they reshuffled).

Seriously. Look at this. LOOK. AT. THIS. pic.twitter.com/Ozxdy7DioV

Javy Baez has the most right-handed oppo homers (7) in MLB this season. He had 8 in all of 2018. Here's a look at the previous six, and then today's off Brebbia. pic.twitter.com/cX49nq0cbe

Cards announcers (zooming in on Baez in the dugout after he hit his home run yesterday): "There isn't another player in the game today who is as good on both sides of the ball as that young man right there."

I thought I needed to adjust my TV set for a minute.

The Cubs are: 7-0-1 in their last eight series; a plus-43 in run differential; a half-game out of first place (Cardinals have played three more games); and 18-12 overall, their best record through 30 games since the 2016 World Series season.

Infielder Robel Garcia hit another homer for the @smokiesbaseball tonight. His slash line is up to a crazy .328/.418/.672. He's walking, not striking out, and hitting for tons of power. The 26-year-old came to the Cubs out of ITALY. No idea what to make of him, but it's fun.