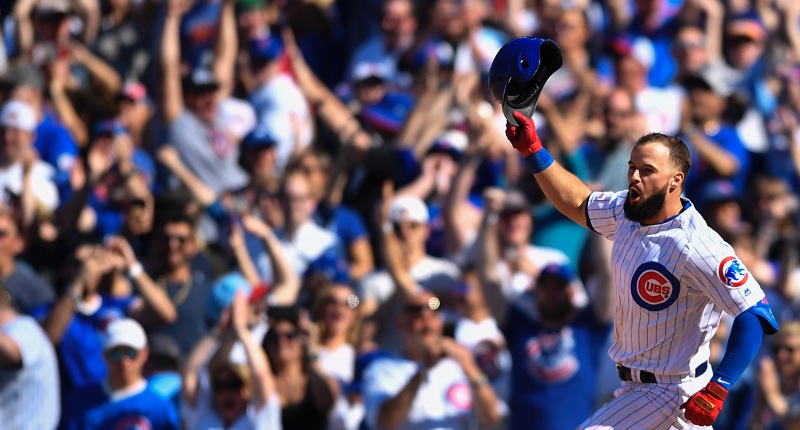 On March 28, in the Cubs’ first game of the season, in his second at bat of the day, David Bote took a Mike Minor pitch to the left foot. Ouch. Take your base. Bote would go on to single and double in the game, and his story has been about so many other things this year, from his continued heroics to his sprint from the park to meet his new child to his dramatically improved contact. Nothing doing.

Except, here’s the thing: that pitch broke his freaking toe!

David Bote up. This doesn't seem to have bothered him: https://t.co/hXudsmHdYX

Since the first game of the season, David Bote has been playing with a fractured left pinkie toe! And in that time, all he’s done is hit .280/.368/.493 (129 wRC+), play good defense at second and third, and run the bases without any apparent issue. Pinkie toes: who needs ’em?

We knew David Bote had beasted up a bit as soon as we saw him report to Spring Training this year. Turns out, you can even break his bones and it doesn’t bother him.