The First Place Cubs and the Valuable Struggle Skip to content 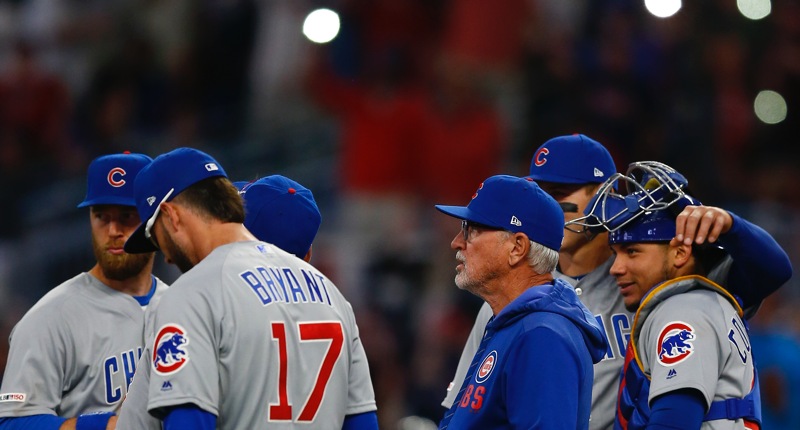 With the Cubs sweeping the Cardinals this weekend, having now won a whopping 16 of their last 20, they now find themselves in first place in the NL Central, just a month after they hit one of the quickest pits you’ll ever see for a competitive team.

The whole first place thing might not last in perpetuity – the Cubs are bound to go through a dip at some point – but I think it’s fair to say the actual talent of these Cubs bears more similarity to the results we’ve seen of late than we saw that first week and a half.

That, in turn, got me thinking about a couple things:

A month ago, the Cubs had just fallen to 1-6 to open the season, looking sloppy on defense, shaky in the rotation, and nightmarishly wild in the bullpen. Theo Epstein was blunt, but, as always, measured. And now the Cubs are in first place. https://t.co/3yNYVnUKIc pic.twitter.com/Li4i59qq6y

Because it helped push them to what they’ve become. https://t.co/wYwmAMPADR

That second response is moderately in jest. But only moderately.

It’s very facile to say the Cubs are really good now because they were reminded in the first week just how bad things can get if they aren’t focused every day. The recent results are more about normalization of talent than about, like, “trying” harder. It doesn’t work quite that simply.

At the same time, you are reminded just how scary and low things felt after those opening seven games, and you see Epstein’s comments from that time. They knew that the season may already be at the precipice, and why would it be so crazy to believe that was just a little extra kick in the collective pants for a club trying to get over the hump of what happened in September and October of 2018? Epstein was always preaching calm and talent, but come on. He was literally apologizing to the fans, because that’s how bad things seemed. It was a moment, and it was felt deeply by the organization.

Moreover, it’s not like this is a new concept, even to the Cubs. After losing Game 163 last year, and then the Wild Card Game, veteran ace Jon Lester opined that, “Sometimes you need to get your dick knocked in the dirt to appreciate it.”

Maybe the Cubs needed just a little more punishment to the groin in order to turn things on.

So we will never quite know for sure where the Cubs would stand today if they, for example, hadn’t blown those early-season should-have-been-wins in Texas. Maybe they would simply have a couple more wins right now. Or maybe the butterfly’s wings flap the team all around over the ensuing weeks, and they’re more or less in the same spot they are now. They’re a really dang good team either way.

For today, I’ll just be happy about the last 20 games, and about a Cubs team that is really clicking right now, and projects well going forward. Consider this: the Cubs have played five games – just FIVE games – against teams with a losing record. That seems like a good sign for a team that is currently seven games over .500, yes?