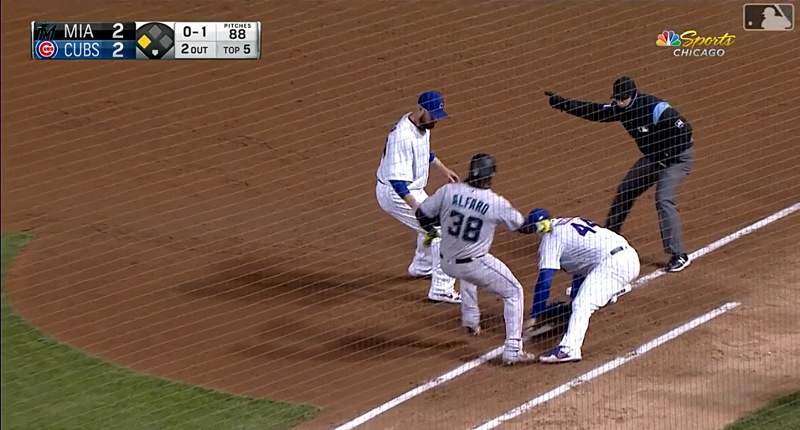 In the 5th inning, Curtis Granderson did what he has literally done before: hit one off of the basket at Wrigley Field. It missed being a home run by an inch, and, after a tough error on Jason Heyward, Granderson wound up at third base to open the inning.

Well, Albert Almora made a nice play in center for the first out and to keep Granderson at third, and then Jon Lester got the second out with a pop up. Then, one of the Marlins’ few decent hitters was up. Jorge Alfaro broke his bat and sent a dribbler down the first base line, which didn’t especially look like trouble, but Anthony Rizzo had a momentary problem gloving the ball at the worst possible time:

What’s incredible there is that Rizzo may not have been able to tag Alfaro cleanly even if he’d grabbed the ball with his bare hand right away – so by falling into his stretch and tagging the base, he actually wound up getting the out in the best way.

The run did not score, and the game stayed tied. For now.