Feel Like the Cubs Are Going Oppo More This Year? Well They Are ... to an EXTREME Skip to content 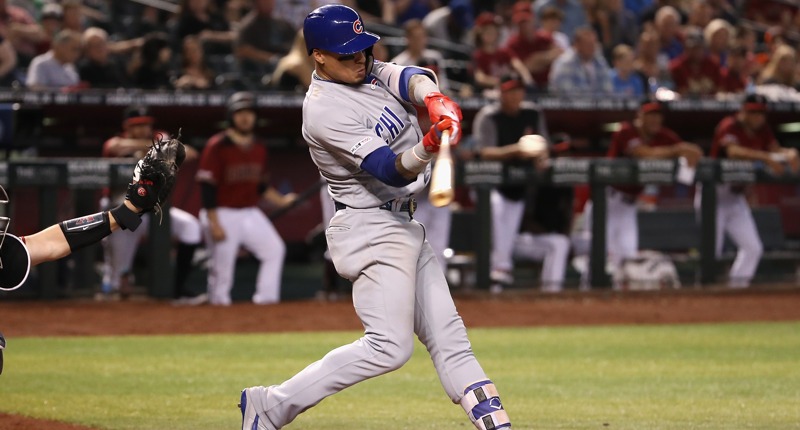 In search of something completely unrelated to the topic of this post, I stumbled on this relatively new page at FanGraphs loaded with a bunch of normalized stats, which are used to give us a better picture of how much above or below league average a player is for that season.

As an example of how it works:

Well, while eyeing the stats on this page like a kid in a candy shop, I found something pretty interesting: The Chicago Cubs are going the opposite way this season like almost nobody else in baseball: 113 Oppo%+ (T-1st). And on individual level, things really begin to stand out, especially the names.

Huh. Well, how about that?

Among the top-30 qualified hitters going the opposite way in MLB this season, you’ll find FIVE members of the Chicago Cubs. That is … unusually high. And almost certainly too much to not be a thing. Indeed, if there was an equal distribution, you’d expect each team to have exactly one player in the top-30. The Cubs have 5x that.

And it’s even crazier when you consider where these five guys were last season, alone.

So not only are the Cubs WAY above average and at the top of the leaderboards in this category this season, they were WAY BELOW average last year, and nowhere near the top. I’m not sure exactly why this change happened – though it is worth pointing out that the Cubs have a new hitting coach – but I do want to talk about what it could mean, especially as those five hitters are such a huge chunk of the Cubs offense.

Here’s the tea: My understanding about hitting baseballs the opposite way has changed dramatically since I got into this life full-time. I used to think it was absolutely, totally, always, definitely a good idea to go the other way, and even more always a good sign of the right approach at the plate. And, you know what, sometimes it is. There’s no use denying the fact that if a pitch is on the outer third of the plate, it’s probably better to go with it and drive it the other way than try to pull it to your strong side, where it’ll almost certainly wind up as a slow roller to an infielder.

But it’s also not that easy. Not anymore. 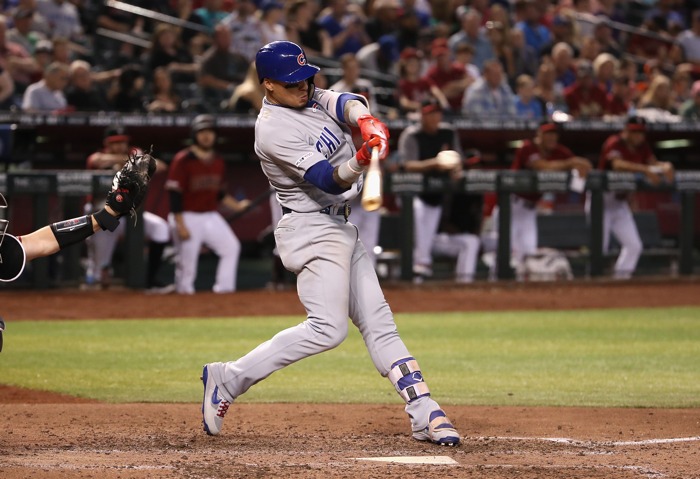 In an era where the ball is juiced and the launch angles are steep, players are encouraged – not by coaches, but by actual results – to pull the ball and hit for power. And they’re not wrong. If you’re a batter without top-shelf power, you may well be better off waiting for pitches you can launch high and hard into the atmosphere, and that’s usually going to happen when you pull the ball. That *is* true.

Putting that differently: Going the opposite way just isn’t for everyone, because not everyone has enough natural power to still do that same level of damage the other way. For the most part, players can simply and naturally generate more power to the pull side.

HOWEVA, if you do have plenty of power – oh, say, like those same five Cubs up there (Baez, Bryant, Contreras, Schwarber, and Rizzo) – going the opposite way can be extremely advantageous. Strategically, in addition to being able to go with the pitch, it provides that extra fraction of a second to track the pitch (whether you’re swinging or not), and if you do swing and have enough strength, you can still do plenty of damage the other way. That’s especially true in an era where the baseball, itself, seems to permit quite a bit more damage.

And on top of that, going the opposite way will obviously help guys beat extreme shifts – and we know Bryant, Schwarber, and Rizzo face those sort of defensive alignments relatively often.

Without a quote from the players or the coaching staff, I can’t know for sure that is some major leap in philosophy for the Chicago Cubs, but the leaderboard is pretty telling. And, hey, the Cubs are slashing a second-best in MLB (tops in the NL) .259/.354/.466; 118 wRC+ this season, so whatever they’re doing, it’s working.