Good Morning to Everyone, But Especially Jason Heyward! Skip to content 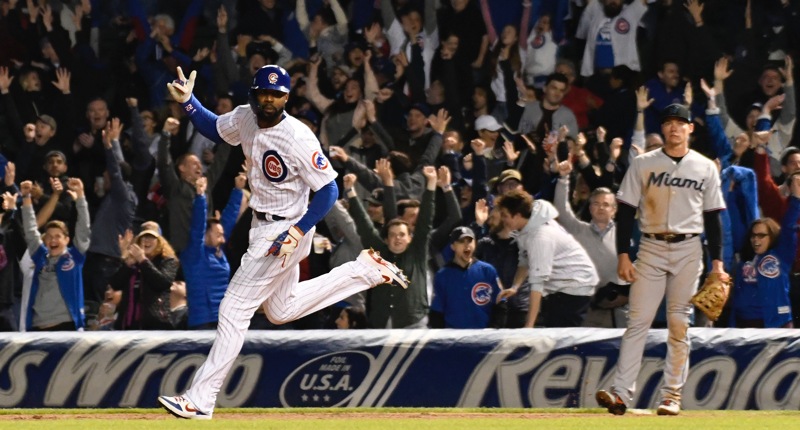 Early in last night’s game, I made one of those notes on Twitter that I didn’t want to make, but it has been hanging out there for a little while, and too noticeable not to observe.

His super hot start skews things – and it still counts! – but since April 15, Jason Heyward has been a slightly below average overall hitter. For what it's worth.

More or less, since mid-April, Heyward had still been walking a ton, but he wasn’t hitting the ball as consistently with authority as he had been to open the season. That doesn’t mean his hot start was just a flash-in-the-pan, but it has been a reminder that you can’t assume a guy has totally changed after three years of struggles simply because of a few hot weeks. It’s gonna take a lot more time.

And, of course, right on cue, it was Heyward who smacked one 99.9 mph the other way in the 11th inning last night to win the game for the Cubs.

Oh, and thanks to the nature of the very stats I was just talking about: that home run, on its own, brought Heyward up from slightly below average since April 15 … to exactly average: .231/.359/.369, 100 wRC+. A good game today, and suddenly the whole thing swings in the other direction. To the good side or the bad side, it’s your reminder that it’s always fine to observe things as you notice them – but conclusions take a whole lot more input.

JHey has been a great example.
Yeah, he’s getting paid a lot.
But the guy continues to fight to be better and has ALWAYS been a great teammate.

He’s also a human – letting one slip in the post-game, but I don’t think anyone could blame him after all the excitement (heck, I like him even more for it):