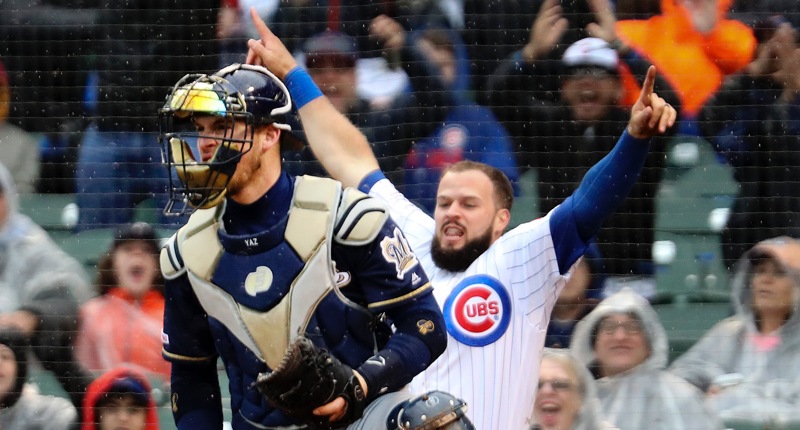 Although Willson Contreras’s walk-off bomb is the run we most focus on after a game like that, we’ve gotta give some love to David Bote for scoring from first base on an Albert Almora blooper in the 5th inning.

Bote was busting his butt from thing one on a ball he had no business scoring on, and then he pulled off his best Javy Baez impression to score the run. What an incredible EL BOTO slide:

That was brilliance all around, from the balls to send him (fill-in third base coach, Will Venable: way to go!), to the anticipation by Bote, and then of course, to the ridiculous slide. Even though he received the throw in plenty of time, there was absolutely nothing the catcher could do to tag Bote. Without that run, the Cubs don’t even get to extra-innings, and with the pitcher batting behind Almora, the run might not score if Bote stops at third. Just fantastic.

I think Javy Baez still has the edge, but man, it was still crazy impressive by Bote: