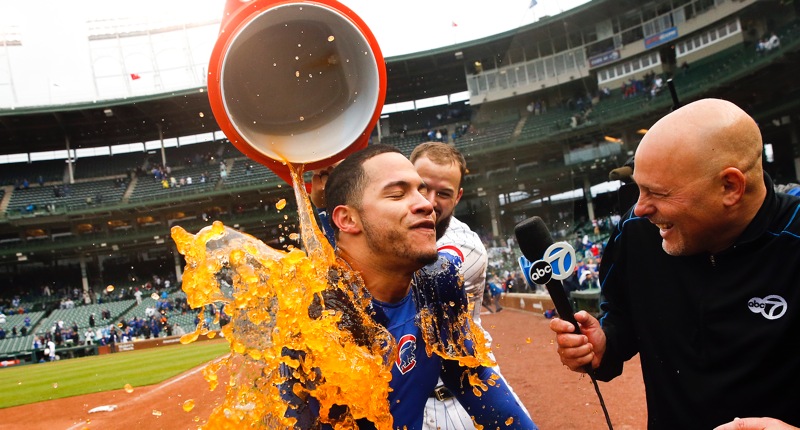 The Chicago Cubs haven’t had a MONTH with three walk-off homers in nearly 60 years, and they just did it in the span of FIVE DAYS.

It has been the week of the walk-off for the Cubs, and Willson Contreras was the latest entrant, blasting a 111.5 mph, 424 foot shot way out to left to end the day at 15 innings. It was the longest and hardest blast of the entire marathon affair, so it’s fitting that it was the shot that ended the game.

Contreras’s homer was his 10th of the year, matching his total from ALL of 2018. His slash line is a still-ridiculous .315/.430/.640, with a 179 wRC+. That’s the third best mark in the NL, behind only Cody Bellinger and Christian Yelich (who hasn’t had a great series so far at Wrigley Field, which is SO WEIRD, right?).

Contreras atoned for an earlier double-play that dinged a golden chance for the Cubs to walk the game off a few innings earlier, though it’s hard to blame him on a day when the teams combined for a whopping 10 double plays.

No one will remember that part, anyway, because it’s all about the joy of the walk-off win:

#Cubs win! Cubs walk off for the third time this week! #EverybodyIn