After His Latest Beautiful Outing, Jon Lester Has *the Best ERA in Major League Baseball* Skip to content 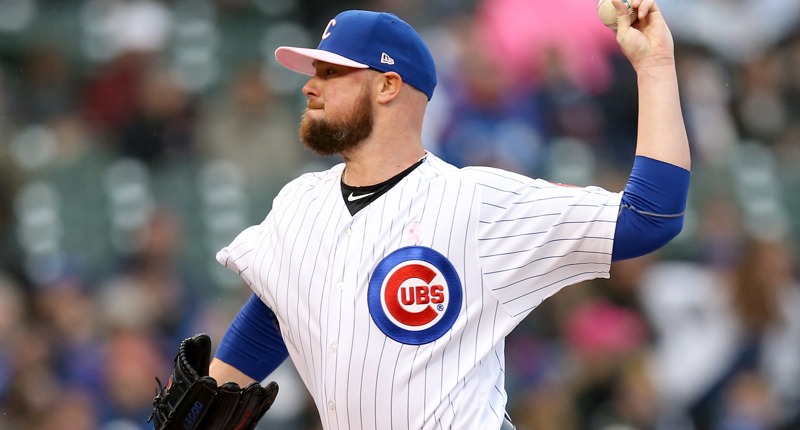 Because of his time on the Injured List, Jon Lester’s early-season numbers often came alongside an asterisk. He had still been one of the better pitchers in baseball – by a few different measures, no less – but without enough innings to “qualify” we couldn’t quite fully hammer the point home. But we can now.

JON LESTER HAS THE BEST ERA IN BASEBALL.

Jon Lester’s 1.16 ERA is better than the second-place ERA by nearly a half-run. Moreover, there are just four qualified pitchers with an ERA under 2.00 and only 18 with an ERA under 3.00. And Lester is leading them all. And it’s not like he’s getting particularly lucky, either.

Check out where he ranks according to FIP – a stat meant to strip away everything not completely controlled by the pitcher, himself:

Lester’s 2.72 FIP might be a lot higher than his ERA, but (1) that’s not uncommon, especially for him and (2) he’s still basically one of the top-5 pitchers in baseball by this measure, which is just as eye-popping. And, of course, his start against the Brewers last night helped put him over the top.

Here are the highlights:

With a heroic 116 pitches – the night after the pitching staff threw 15 innings – Jon Lester delivered 6.2 innings with no earned runs, just 1 walk, and 6 strikeouts. This is his fourth straight start with 1 or no walks, and his third straight start without an earned run. Heck, he’s allowed just ONE earned run over his last five starts (26.2 IP) combined. That’s just dominance.

And, sure, Lester wasn’t lighting up the radar gun on a cold, wet night with his 89.6 MPH fastball, but he still managed to get 9 whiffs between his four-seamer (4) and cutter (5). Better yet, the Brewers couldn’t elevate anything (63.6% groundball rate).

The season is too young (and Lester is still a little short on innings and starts) to start talking about favorites for the NL Cy Young or anything of the nature, but when your ERA is the best in baseball and your peripherals are among the top-5 or so in the game, the chatter will eventually pick up. And his name will be in the conversation. In the meantime, the Cubs are just enjoying quality start after quality start after quality start. He’s really something else.