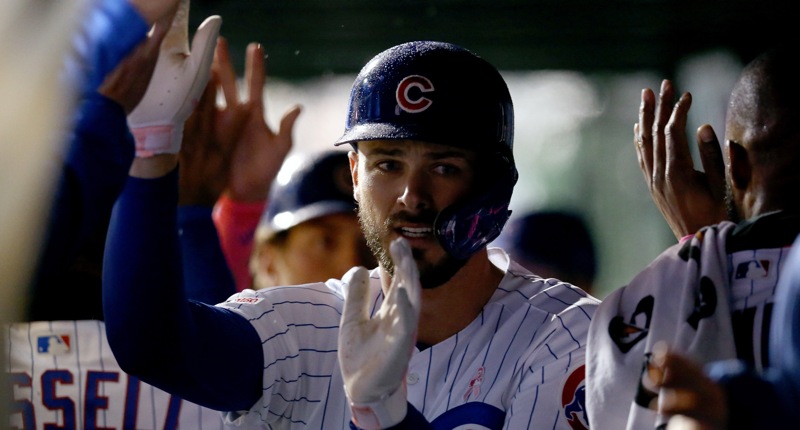 They are utterly lost without the source material. And I also think they just don’t want to be doing this anymore. Get it over with.

And if you don’t know what I’m talking about, you are in many ways fortunate to be divorced from this unholy world:

Three Sunday night games in a row for the Cubs lines up with the final three episodes of Game of Thrones. And just like anyone else who misses it live, they have to try and avoid spoilers… And a certain talkative teammate. https://t.co/Wrbld1C40a

As frustrating as the show has become, reading ABOUT how the Cubs consume it from @sahadevsharma is cracking me up this morning: https://t.co/xmTO8PSBTK pic.twitter.com/TlBd1R6iLN

Four of the top 13 wRC+ in the NL this year belong to the Cubs. pic.twitter.com/GWxai2yvUh

After Javier Báez bet on himself, the Cubs are seeing what next-level El Mago looks like: "I don’t think there’s really too much of a ceiling on what he can do." https://t.co/V4qoe3h9GP

Exemplary piece by @PJ_Mooney on the Cubs and the Addison Russell problem. There's a lot of perspective from DV experts and *precise* answers on what the organization is doing to provide education and support for staff/players/wives and girlfriends: https://t.co/N84KaykE7E