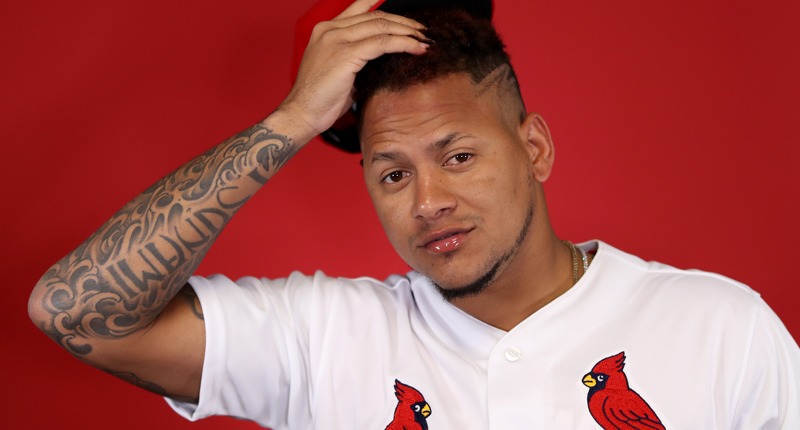 It’s amazing how much better life is when the Cubs are winning. Cold weather doesn’t bug me. My wedding hangover is hardly a concern. Food taste better. Music sounds better. Some woodland creatures helped me get dressed this morning like Snow White.

It’s just been a good weekend. But the Cubs aren’t just winning and they aren’t just beating good teams along the way, as Brett pointed out earlier. They ALSO just took 5 of 6 from the Brewers and Cardinals from one weekend to the next. That just makes it all so much sweeter. I’m walking on sunshine.

Carlos Martinez will throw an inning-plus today for Memphis. He'll get two days rest. Then he'll throw Wednesday in Springfield, and then #Cardinals will decide if he joins them in Texas for the weekend as part of #MLB bullpen, or needs more rehab time. #stlcards

Holland on moving to the bullpen:

"To be honest, I have no idea what they’re doing… It’s more from the front office. We keep changing a lot of things, I did a fake injury, so I'm not happy about that. But at the end of the day, I'm going to do whatever they ask me to do." pic.twitter.com/3d7L3IUZIo

Bumgarner chose teams strategically; list comprised solely of contenders that might want to acquire him from #SFGiants, not teams he wants to avoid.

Asked about his no-trade list, Bumgarner said he submitted it in the winter. It used to include the worst teams in undesirable markets. That changed to reflect contenders where he actually might be dealt, merely so he could have more control over the process.

Cody Bellinger is currently on pace for almost 14.0 WAR. lulz

The game has never been smarter about searching for talent. Scouts are versed in data and the projections are refined. But neither man nor machine knew what to make of Willians Astudillo, who talked his way into becoming the legend known as La Tortuga: https://t.co/kJvloEi1o9 pic.twitter.com/l32RU0XZWh