Start Your Week with El Mago Highlights, Including His Hilarious Opposite Field Success | Bleacher Nation Skip to content 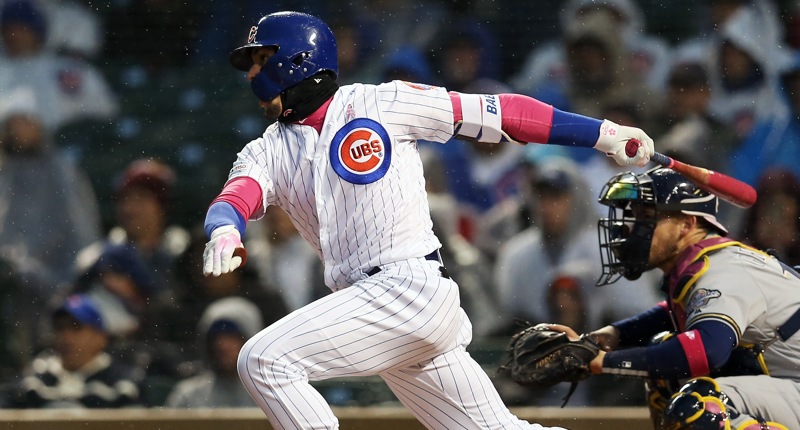 Kris Bryant’s two-run homer was the big blow last night, but it was actually Bryant scoring earlier on a Javy Baez double that gave the Cubs the lead they would not relinquish.

The double was part of a two-hit, one-walk night for Baez, and it was – of course – the other way, where Baez has been living with tremendous success for two years now. After hitting an impossibly good .482/.474/.921 on balls in play to the opposite field last year, Baez has somehow increased that to ELL OH ELL levels: .610/.610/1.293, with a 407 wRC+. That’s right: when going the other way, Baez is hitting 307% better than league average.

All I can say to that is:

So, after Baez’s double gave the Cubs the lead, his arm saved it. With the tying run bearing down on home the very next inning, Javy Baez grabbed a chopper and quickly threw out Jesus Aguilar at home:

Bonus points to Willy for the tag in the willy.