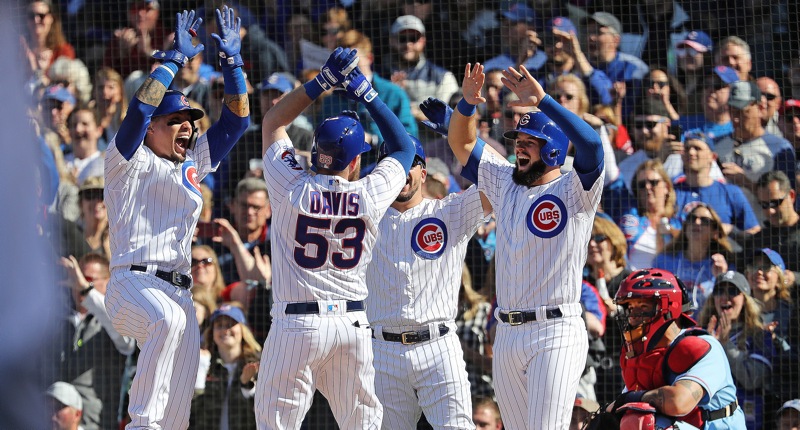 Since April 7, the Cubs have gone 22-7, and they’ve lost just twice in their last 14 games. They beat the Brewers last night, took the series, and now hold a two-game lead in the NL Central after starting the year 1-6. They have four fewer losses than the second place Brewers.

The Cubs are basically tied with the Astros and Twins for the best record in baseball, though the Cubs do trail by a fractional bit. But the Cubs, unlike the Astros and Twins, play in the ultra-competitive National League, and during their recent stretch of winning – eight straight series wins – the only team the Cubs have faced that entered the series with a losing record was the Marlins. The Cubs aren’t just winning right now, they’re winning against good teams.

The #Cubs have won eight straight series for the first time since 2008!#EverybodyIn pic.twitter.com/GPrcf4TmDV

The #Cubs have not lost a series in FIVE WEEKS. pic.twitter.com/cp8kEhZhvk

With tonight's win, the #Cubs now have the best record in the National League! pic.twitter.com/csuyZWZD4v