Oh, Did Anything Else Really Good Happen in 2016? And Other Bullets Skip to content 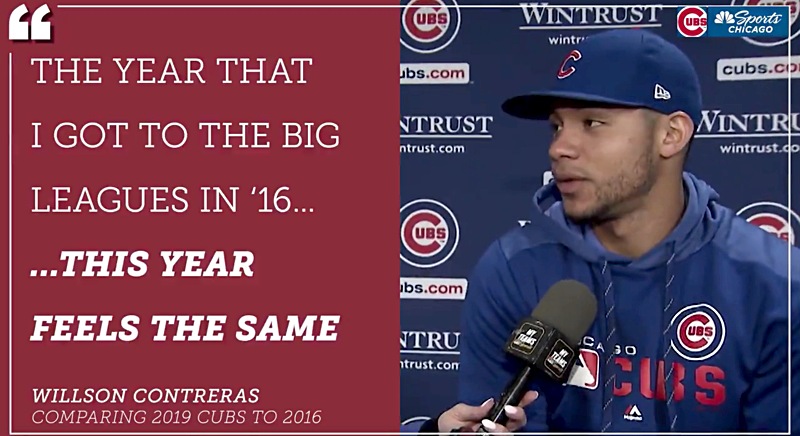 For anyone else still stewing about how the story in ‘Game of Thrones’ has proceeded, here’s a really good take on how things COULD have gone and still gotten to the same place, while also making so much more sense. Obviously tons of spoilers in there for the whole show.

"He's going to be a big-league player in Chicago for a long time." Why the #Cubs still have high hopes for Ian Happ and why they believe he may be turning the corner in the minors. https://t.co/pc3Ibb7vRy

Kudos to Theo Epstein, Jed Hoyer and their team for giving Brandon Kintzler every last chance to succeed.

I, 🙋‍♂️, didn’t think there was any chance Kintzler would outperform, say, Allen Webster. And a few others still.

Glad to be wrong.

He spent the majority of 2018 as the youngest hitter in the Carolina League, and he unsurprisingly struggled. He is still the 9th youngest regular in the CL this season (younger than Miguel Amaya). His 16.8 BB% currently ranks 5th, while his .189 ISO ranks 9th, and wRC+ ranks 8th

Thanks for helping us reach 100K subscribers, #Cubs fans!

I am extremely here for Albert Fromora. My dude is going to rob a home run and then finally unify general relativity and quantum mechanics. #Cubs