Albert Almora is Kinda on Fire, Hammers a Homer to Left (VIDEO) Skip to content 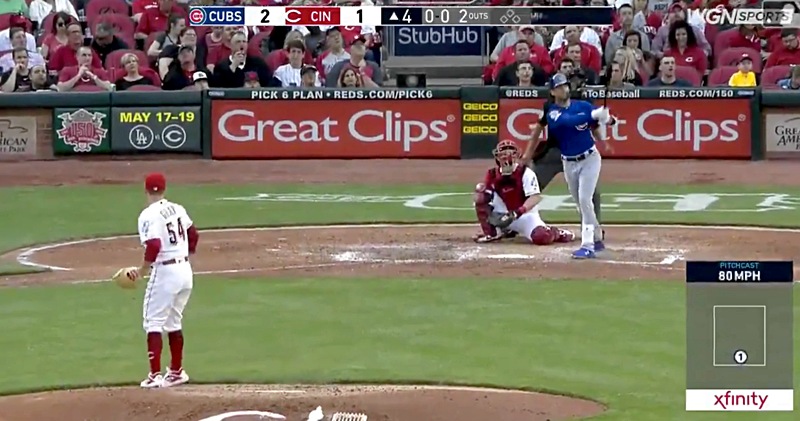 Although the start to his season has been about as dreadful as it gets at the plate – he came into tonight hitting just .245/.284/.345 with a 64 wRC+ – Albert Almora has been ticking up at the plate lately, including tonight’s single and then a big bomb to left.

That was 391 feet to a part of the park where Great American is happy to let it go waaaaay out.

Turns out, tonight’s hit and homer are part of a slightly longer trend for Almora, and hopefully the start of a nice long stretch of success:

Almora came into tonight hitting .309 with an .831 OPS in his last 16 games for the Cubs. Through two at-bats vs. Reds, the center fielder has a single and a home run. Chicago up 3-1 in the 4th.