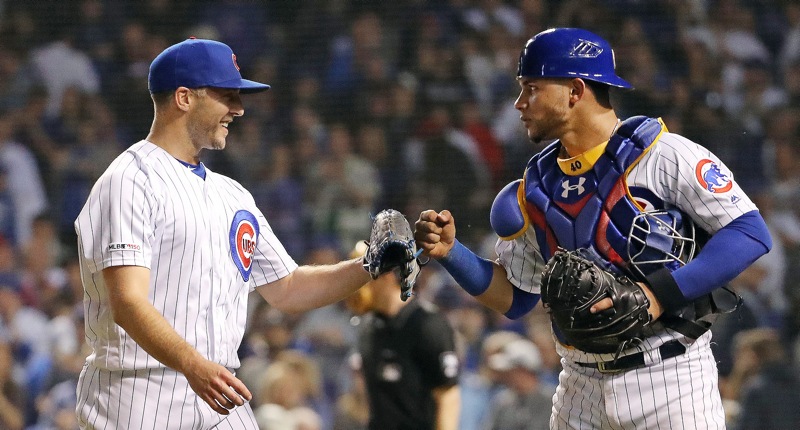 Although it’s probably been easy to forget because of the arc of his time with the Cubs, Brandon Kintzler’s exit from the Nationals last summer was pretty ugly.

Before he stunk in the second half with the Cubs, and then turned things around this year, Kintzler was pitching more or less adequately, even if slightly disappointingly, for the Nationals in 2018. They were a team with very high expectations, but struggling, and on the fence of a sell-off at the deadline. They decided to make minimal moves overall, one of which was trading Kintzler to the Cubs for a modest return.

Behind the scenes, though, some with the Nationals were torching Kinzler as a “rat,” who was anonymously a source for negative stories about the Nationals’ clubhouse – which was subsequently debunked. It all seemed pretty crummy, and Kintzler was understandably rather chapped about it.

"I know they got the worst bullpen in baseball…so I’ll just leave it at that."

How Brandon Kintzler recovered from the Nationals trade and rebooted with the Cubs: https://t.co/UUEtw6a6mD

There’s so much more in that Mooney profile than just that “salty” line, but it definitely stands out – I can only imagine Kintzler is all too happy to be having a resurgence with the Cubs, while the team that threw him away for dubious reasons is very needy in the bullpen.

Kintzler, 34, has his best groundball rate and walk rate in a couple years, and his best strikeout rate ever. His 2.29 ERA is the best among the Cubs’ current bullpen regulars, and he’s been a huge presence for the team here in the early going.

Now the Cubs head to Washington to take on those Nationals. Hopefully Kintzler gets a chance to shine, and hopefully the Cubs take advantage of a Nationals bullpen that might wish they still had some Salt.