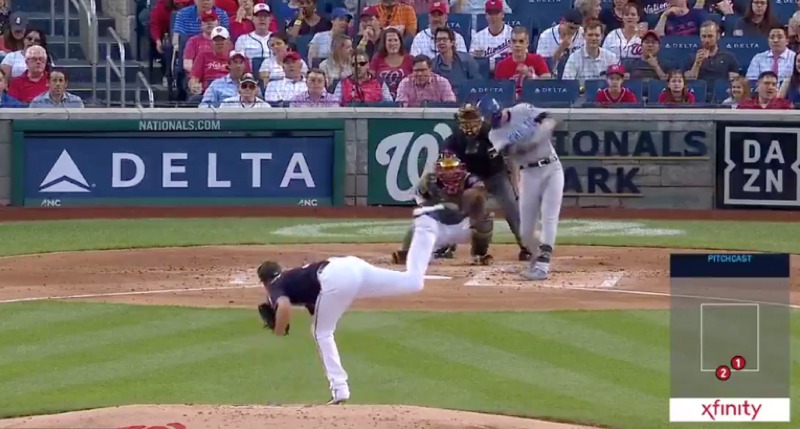 The general, overarching story with Albert Almora is that with his excellent glove in center field, he need only be a league average bat to be a pretty darn valuable player. Unfortunately, his struggles at the plate – particularly against right-handed pitchers – has mostly prevented him from reaching that level.

But he just homered off a righty tonight … a very notable one named Max Scherzer:

That’s just the third home run Scherzer has allowed to a righty all season, and Albert Almora was the one to hit it. Wow. I’m actually ecstatic. And, hey, it wasn’t a cheapy one either. Statcast had it at 107 MPH off the bat and 445 feet! He absolutely crushed it!

Almora’s season numbers don’t look great, but he has been particularly hot lately – hitting his third home run of the season just a few days ago, before hitting his fourth tonight.

If Almora can keep this sort of hot streak up, the overall Cubs roster will look a heck of a lot better.