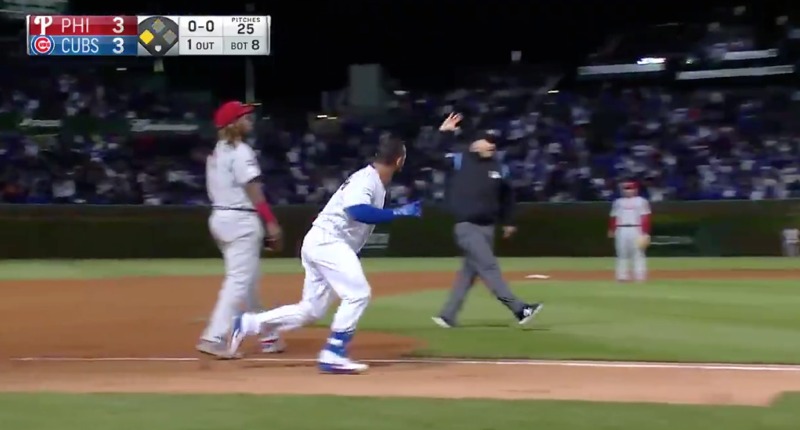 Daniel Desclaso got off to an extremely hot start this season, before cooling off faster and harder than a (I’ll finish this sentence later). Indeed, before tonight he was dealing with a slump some 30-games long. But he also has always had a knack for coming through at just the right time, and boy did he tonight.

And in the most fun way possible:

That ball wasn’t particularly smoked off the bat (88 MPH), but it threaded the needle between two outfielders and the throw back in bounced off his foot. Four bases is four bases.

And that’s a go-ahead, 8th inning, three-run, little league homer to give the Cubs the lead late. Wow.