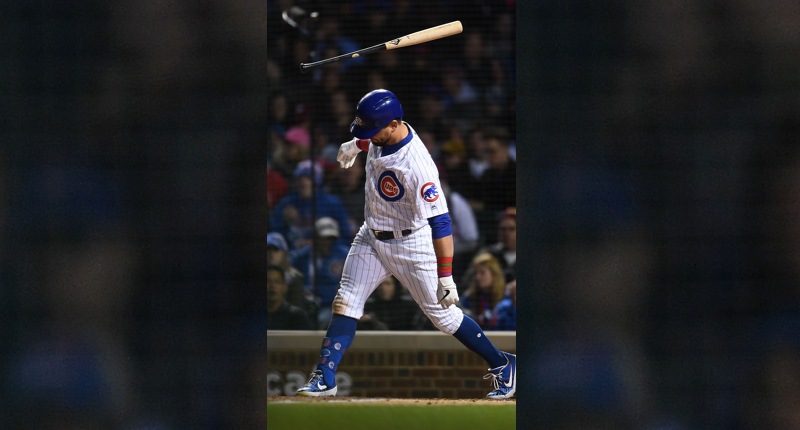 When you imagine the various scenarios about how a game can brutalize us as fans, we tend to think about things like blown leads, bad calls, missed opportunities, flukey bad bounces, bad decisions, and disappointing story lines. Typically, if the game ends in a loss, it takes only one of those things to make you feel really crummy. Two or three? You’re mad for a day.

But all of them? ALL of them?

Coming into last night’s game, there was so much pining for a good Yu Darvish outing against Jake Arrieta at Wrigley Field. I wouldn’t say that winning the game was a secondary consideration, but the narrative was definitely front-loaded onto the starters. So when Darvish pitched so well for five innings, even as the Cubs had missed a lot of opportunities to add to their 1-0 lead, it was feeling like a very good night.

Then some flukey hits later, the Cubs were down 3-1 heading into the 7th inning, and it felt like things had slipped away just like that. Had the game proceeded from there to end as a 3-1 loss, I’m not sure I’d be writing much of anything like this today.

It felt like it was going to be a crazy comeback win with a fun story to tell! Hopes were suddenly quite high again!

… until Andrew McCutchen’s swing was called not a swing with two strikes and two outs in the 9th, he subsequently walked, a flop of a hit tied the game, and then the Phillies won it on a home run in the 10th.

The pain of the game’s final dong punch coming on a dong. Apropos.

Well done, baseball. Sometimes I need that reminder of just how thoroughly you can wreck me. It can’t all be happy story lines and hilarious comebacks.

I suppose, in the end, the only way that game could have been worse is if there were nothing positive to take away from it whatsoever, for example, if Yu Darvish had imploded. At least that didn’t happen, and the runs he gave up were the product of flukey soft hits. It was definitely a good Darvish start, and I just hope he sees it that way, too. So I guess the whole thing wasn’t a perfect dong punch. Just mostly.

As for us, we’ll just have to rest up our weary groins, safe in the knowledge that, although losses happen frequently, they rarely look quite like that.