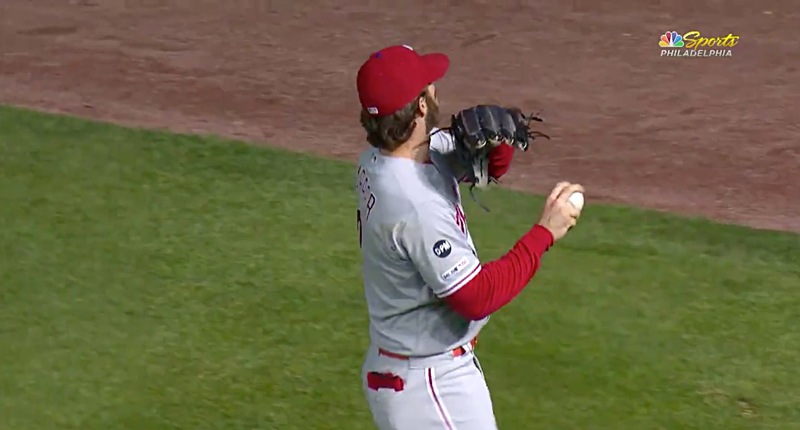 As a loving patron of the bleachers at Wrigley Field, when it comes to balls reaching the seats, there are but two options: a home run, or a Cubs outfielder tosses you a ball. That’s because, with extremely few exceptions, the opposing outfielders will not acknowledge your existence, much less toss you a souvenir. Given the derision they receive from the fans (mostly in good fun, I swear!), it’s absolutely their prerogative to ignore the bleachers.

It is also their prerogative, as Bryce Harper did last night, to troll the heck out of the bleachers by acting like you’re going to throw them a ball … and then chucking the dang thing completely out of the stadium:

I actually like it. Sew that discord, baby. It’s fun. Bonus: the dude under the pixelation at the end. I’m guessing he was trying to communicate his feelings to Harper in that moment. Maybe not a great idea.