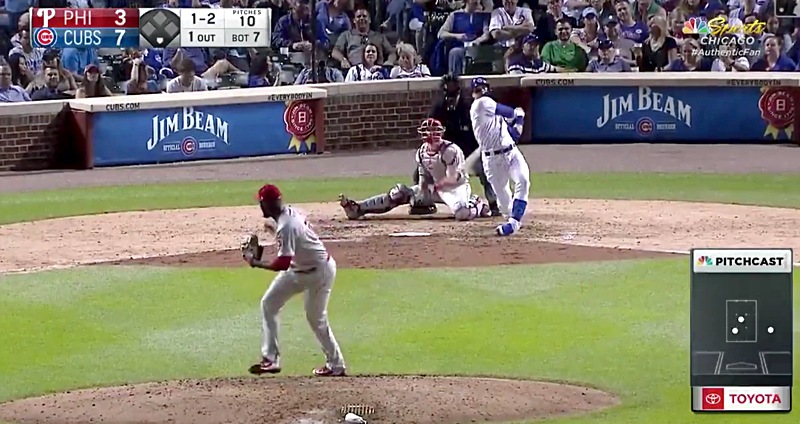 It was not a lock that Javy Baez (heel contusion) would be playing tonight, even after last night’s heroic walk-off single. The Cubs want to be very cautious with the health of such an important player.

But, after a review of the medical information, and, presumably, a thumb’s up from Javy, himself, the Cubs’ shortstop was back in the lineup tonight. And, whatever ill-effects he’s feeling from the heel bruise, it certainly didn’t impact his power:

That 449-foot shot tied Anthony Rizzo, who homered earlier, for the team lead at 12.