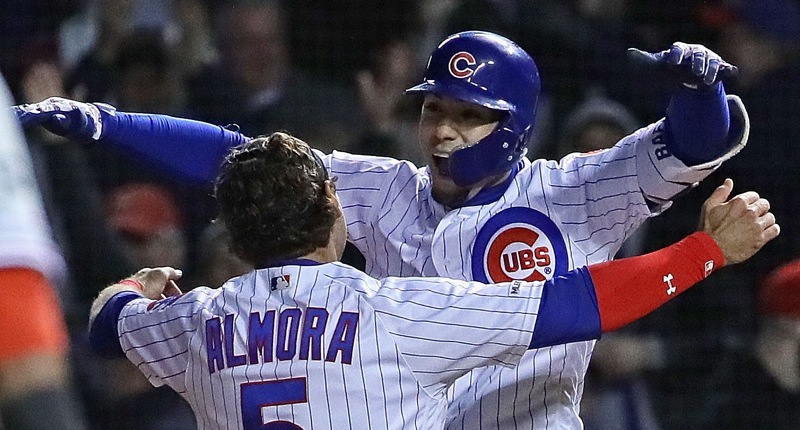 The Chicago Cubs wound up going just 1 for 11 with runners in scoring position last night. But OF COURSE that one hit came on the final pitch of the night: the only pitch seen by Javy Baez.

It’s still TBD whether Baez will be able to start tonight for the Cubs – Victor Caratini may have had to play second base if the Cubs hadn’t won it right there – but, even in his hobbled state, Baez can still square a ball up.

Don’t swing at the first pitch … er, actually, Javy can do whatever Javy wants:

Kris Bryant best summed up the hobbled Javier Baez's latest heroics, a pinch-hit walk-off single on first pitch he saw in #Cubs' comeback win: "It is like he is saying, 'I am so good, I am going to get this hit and we are going home.'"https://t.co/apHPdXeqag via @MLBBruceLevine pic.twitter.com/hvp9yhAATf

Kris Bryant explains what was going through his mind as Javy Baez delivered his first walk-off RBI since May 8, 2016: pic.twitter.com/FdCi4maeFK

(Also, remember that May 8 walk-off? It came against the Bryce-Harper-led Nationals on Mother’s Day.)

Javier Báez: first #Cubs walkoff hit on the first pitch the player saw in the game since a Chris Denorfia home run in the 11th inning 9/28/2015