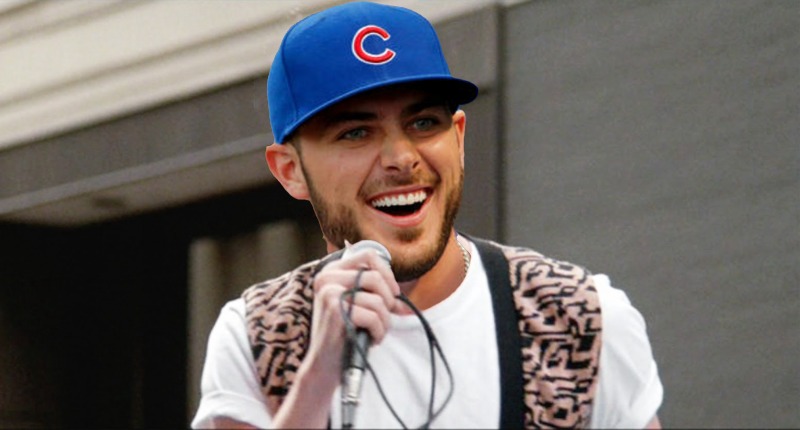 With their win last night, the Cubs have set themselves up to take their second-consecutive series at Wrigley Field later today. Here’s the lineup for the finale against Philadelphia.

Obviously, the biggest lineup note today is the absence of Kris Bryant, who’s likely just getting a regularly scheduled day off. Typically, Joe Maddon likes to do this before an off-day (so it’s effectively a full 2-day break), but the Cubs don’t have one for another week … and then they play 17-straight games after that. He’s going to need a breather from time to time and today seems to be one of those.

David Bote is back-filling Bryant at third base and batting ninth tonight.

Which is also notable because, for the first time this season (if I recall correctly) Maddon is dipping into the pitcher batting eighth thing he used to do a couple years ago. There are a few different reasons to do this, but one of the most common is because it can allow you to pull your pitcher sooner … which doesn’t quite make sense with Jon Lester, given how well he’s been going, but who knows maybe that’s it. Anyone got any other reasons I’m totally whiffing on?

With Bote at third, Daniel Descalso returns to play second base and everyone else is in their usual spot. Aaron Nola has been particularly BAD against left-handed hitting this season, which could be a perfect time for Kyle Schwarber to unleash some of that power that is so clearly lurking beneath the surface:

BUT DUDE CHECK THIS OUT:

Those are all REALLY good signs.