Rizzo's Damage, Alzolay's Beauty, Happ's Work, Proud of My Boys, and Other Bullets Skip to content 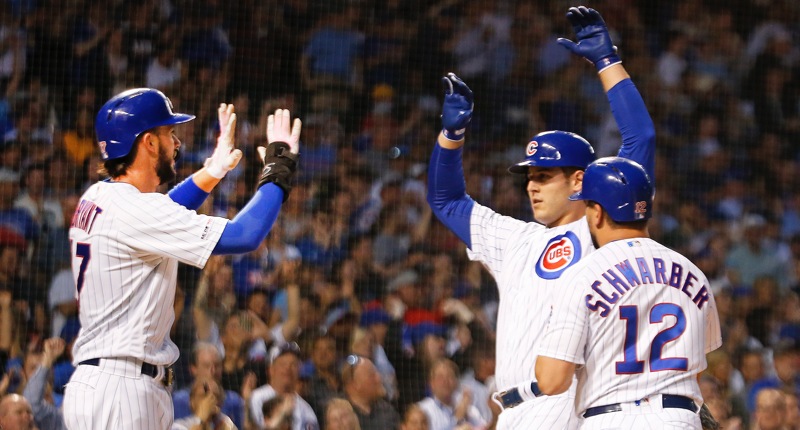 Miscellaneous recommendation for the true-crime-type podcast fans among you: ‘To Live and Die in L.A.’ I just finished the series, which is as good as it is disturbing. If that sounds like your bag, give it a binge. I really enjoyed.

The first image below is Javier Baez spray chart in 2013, his 37-HR breakout minor league season.

It tells the story of a dead pull hitter with loads of power.

The second image is Javy in 2019. It tells the story of baseball’s best all-fields hitter.

"This could be the last year for the Chicago Cubs to be in contention."

How much of an impact does Cole Hamels have on the Cubs rotation? pic.twitter.com/7lPe7RdZyS

4 years go, I needed some help, & brought on 2 guys I thought could be a great fit. Even then, I underestimated just how impactful, talented &-most importantly-*nice* these guys were. Congrats @Michael_Cerami & @lcm1986. Couldn't be more proud or grateful. https://t.co/8ncBWACNs2 https://t.co/ObEYeX5gHx

Resetting the Bulls Roster Heading Into the Offseason https://t.co/imgoOuldFc pic.twitter.com/XCY78xlJo5

Does White Already Have a Promise? Butler Back in Chicago, Jordan Still Sells, More https://t.co/zRxhjr8PO0 pic.twitter.com/vye41P5UJe

Akiem Hicks is One of the NFL’s Most Underappreciated Players, But That Will Change Soon https://t.co/RXWnRXFWKe pic.twitter.com/0CiEmndcYN