Tyler Chatwood Has Been Instrumental in the Bullpen - But Does Regression Loom? Skip to content 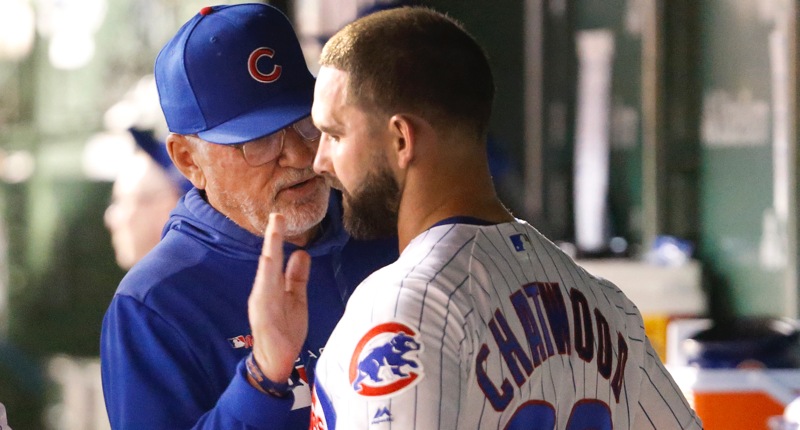 Before his fantastic appearance last night, Tyler Chatwood was already getting love aplenty from the big boss, who appeared on 670 The Score earlier in the day.

Theo Epstein on Tyler Chatwood's turnaround for #Cubs: "He deserves the credit, not us. Instead of crawling into a hole and pouting with the way last year went, he went home and decided to fix it."

Having signed Chatwood to a significant three-year deal that was looking like a sunk cost after just one season, Epstein certainly has a vested interest in framing Chatwood’s rebound this year in the most positive light … but, be fair: Chatwood really has done it so far. This isn’t just an executive blowing smoke.

Chatwood has, to my mind, definitely passed the eye test so far this year. When he comes into a game, I don’t have that same sense of, “Oh, cool, let’s see how badly this can go” that I had for any Chatwood appearance after May last year. Instead, I think about how impressive the velocity and movement are, and how much trouble batters are having squaring him up. To be sure, the command still ain’t great, and he will lose it for stretches, but he looks far more like an effectively wild type this year than merely no that’s just wild.

The results so far this season bear that sense out, even if some of the underlying numbers leave you a little nervous about eventual regression in those results.

Not only has Chatwood posted a 2.86 ERA over 28.1 innings of work, but he’s done it in 13 appearances – which means, in a typical appearance, he’s giving the Cubs multiple innings of work. As we saw last night, that can be critical to keeping the team in a game long enough to generate a win.

Chatwood is getting an excellent 54.1% groundball rate, and he’s holding batters to a mere .222 BABIP, which is at least partly earned by his hard/soft contact. The 18.9% fly ball rate is fantastic, too.

On the flip side, the 20.3% strikeout rate is fine, but not stellar. And the 15.3% walk rate is still troublingly high, especially for a guy who doesn’t get a ton of strikeouts. His 89.5% left on base rate (together with that depressed BABIP) suggests he’s gotten pretty darn lucky with sequencing, though his 28.6% HR/FB rate is probably flukily high (remember the two homers he gave up to the Cardinals when he was just pumping strikes?). There might be some balancing out here, and you wouldn’t necessarily expect a HUGE spike in his ERA from here, even if it would probably trend up without any difference in his performance.

That’s because, based on the kind of contact he’s giving up, his .299 wOBA against is probably about 21 points light, according to Statcast’s expected metrics. The good news is that his expected slugging against is basically the same as his actual slugging against – it’s really only the overall batting average against that should probably be a bit higher. That is to say, he’s gotten lucky with some would-be singles not finding grass. If that regresses as expected, a lot of those runners previously stranded on base will turn into runs.

And that’s where he’ll have to improve on that walk rate, lest more of those walks start causing a lot more harm. The stuff is there for him to succeed in the zone. Maybe that yields a little more hard contact, but it would also yield dramatically fewer walks and more strikeouts. Get this: although Chatwood’s overall swinging strike rate isn’t top tier (8.8% – far below league average), his contact rate in the zone is 83.6%, which is exactly league average. In other words, relative to league performance, Chatwood is much better at missing bats *in the strike zone* than outside the strike zone.

For now, I’m happy enough to celebrate the results, and how well Chatwood has worked out in his long relief role. Perhaps with more time to settle into that role, his peripherals will improve enough to offset any regression in his batted ball numbers.