What a Trio of Cubs Homers: Breaking a Sign, Going Grand, and Defying an Injury Skip to content 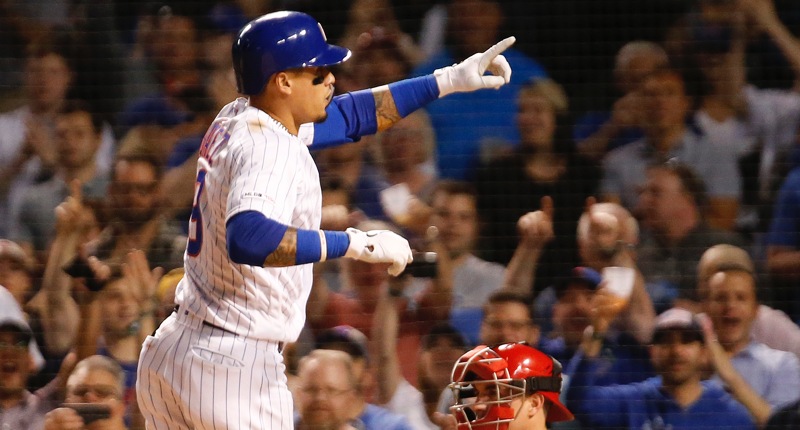 A Chicago Cubs home run is like one of your children: you love it wholly and completely, and you do your best to appreciate all of them for their individual awesomeness, rather that compare.

To that end, I loved all three of the Cubs’ unique homers last night, and I won’t be a terrible parent and tell you which was my favorite. (It was totally the Rizzo one, but whatever.)

If you missed any of the blasts, each came with some seriously special circumstances. Anthony Rizzo went deep first – so deep, in fact, that he not only hit the Budweiser sign on the top of the right field video board, he broke the “D”:

Anthony Rizzo's monster homer BROKE THE D in the Budweiser sign! (video at the BN link in our bio) #Cubs

The big blow on the night was Albert Almora’s tie-breaking grand slam:

That was the first grand slam of Almora’s career, and his 5th homer of the season, already matching his total from last year.

What a night! @Kelly_Crull caught up with Albert Almora after his first career grand slam (@JAndSJewelers) pic.twitter.com/GIM25Y3lNR

The final homer on the night was Javy Baez’s seemingly superfluous solo shot late, his 12th of the year (tying Rizzo for the team lead). But that one was also pretty special given that it was not clear Baez was even going to be able to start, let alone be sufficiently clear of heel discomfort that he could blast one 449 feet: