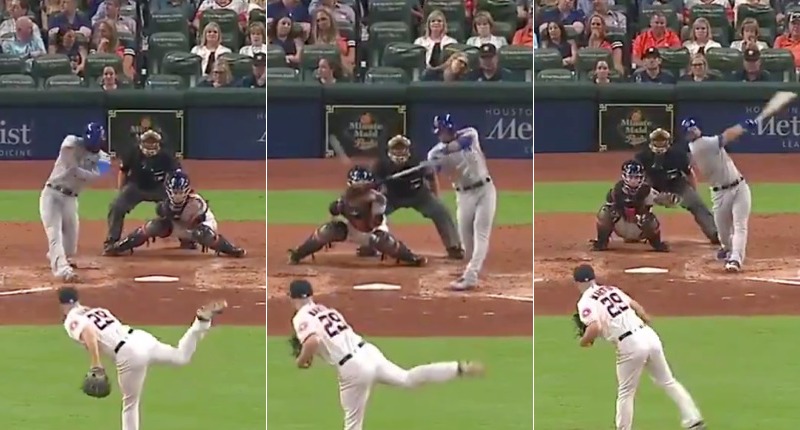 Jon Lester gave up an early lead to the Astros with an earned run in the bottom of the first inning tonight, but Jason Heyward, Addison Russell, and David Bote did their best to pick him right back up.

In the top of the second inning, Jason Heyward led things off with his 8th homer of the season:

Addison Russell immediately followed with an opposite field blast of his own:

But that wasn’t the end of the fun. Because after Russell’s homer, David Bote decided to jump in on the party with a solo blast of his own:

… None of them. None of them were furthest. I can’t believe the Cubs hit three homers and they were all under 100 MPH and 384 feet. That’s … not gonna happen often.

Here’s all of them back-to-back: