Kris Bryant Working Out on the Field Before the Game, Maybe Back Tomorrow? Skip to content 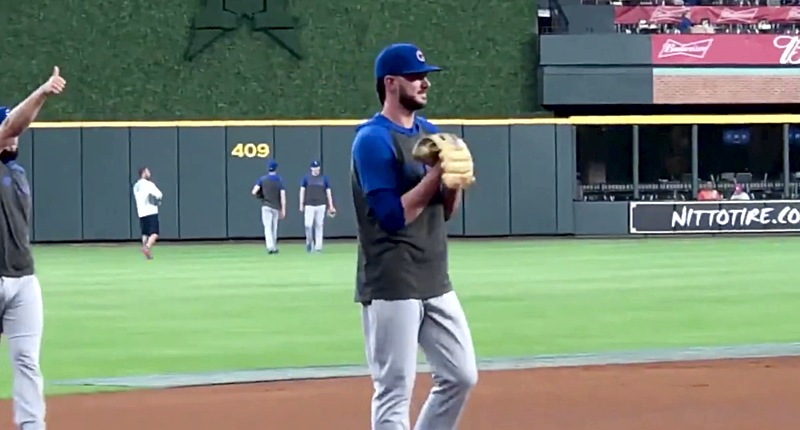 Kris Bryant took groundballs tonight before the game, presumably testing out how he feels after Sunday’s collision in the outfield with Jason Heyward, which kept him out last night. He has also reportedly already done work in the cage.

KB signing some autographs for kids. He's been hitting in the cage, throwing, and taking some grounders. Still not ready to start and unlikely to be available off the bench tonight. Back in the lineup Wednesday is a possibility. pic.twitter.com/vUJOr20JwU

I don’t expect to see Bryant tonight, even if a big spot arises late in the game. But hopefully another full night off will leave him totally ready to go tomorrow.