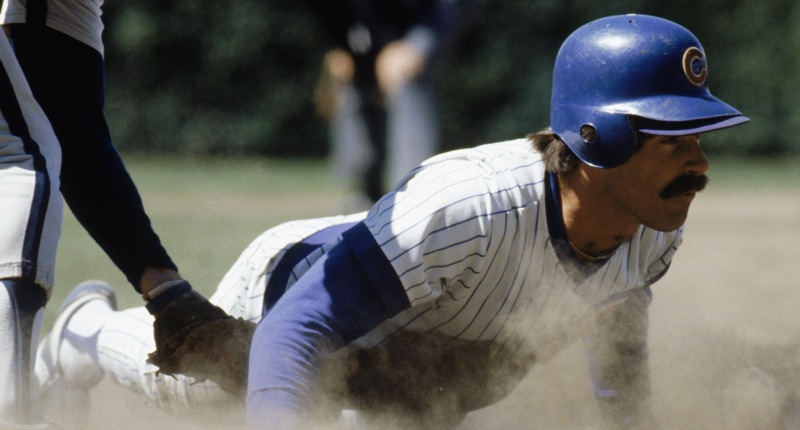 Mustachioed and manly, I met Bill Buckner briefly at the Cubs Convention some number of years ago, and it seemed the only thing he wasn’t keen to talk about was his brilliant guest turn on ‘Curb Your Enthusiasm.’ I wouldn’t know if he was also disinclined to talk about the infamous play with which he would unfairly become forever associated, because the folks I was with had too much grace to ask about it.

Bucker passed away at the age of 69, leaving behind a family, friends, fans, and a 22-year baseball career that was so much more impressive than any one moment should ever outshine. Buckner, who hit .289/.321/.408 (97 wRC+) in his career, was an extremely rare bird, who walked just 4.5% of the time and also struck out just 4.5% of the time. Wanted to see a ball in play? Watch Buckner bat.

Just how wild was what he did? How about this:

On Sunday, the last full day of Bill Buckner's life, 16 major leaguers struck out at least three times. Buckner played 22 seasons and never did it once.

The Cubs offered a statement on Buckner’s passing, and we wish the best to his friends and family:

“We are deeply saddened by the passing of Bill Buckner, a great ballplayer and beloved member of the Cubs family,” said Cubs Executive Chairman Tom Ricketts.  “Bill’s remarkable 22-year-career included eight years with the Cubs during which he won a batting title in 1980 and earned an All-Star appearance in 1981. After his playing days, Bill served as a valued member of our player development staff and was a fan favorite during his appearances at our Cubs Conventions.  On behalf of the Cubs organization, I extend our sympathies to Bill’s family and his many friends.”