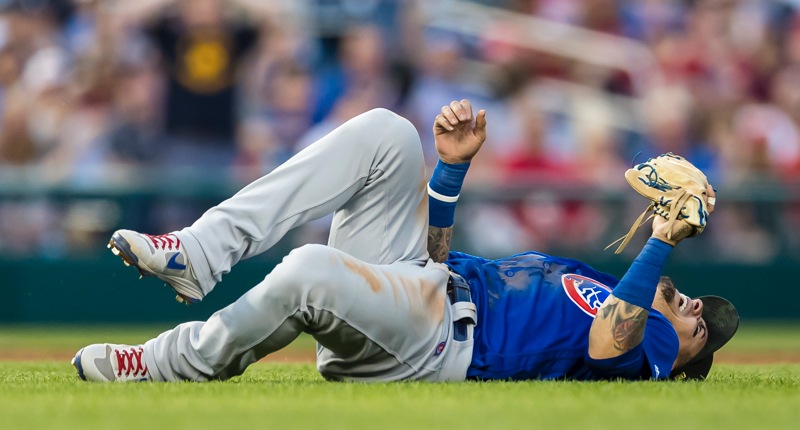 Javy Baez injured his heel on an infield play against the Nationals on May 19. He stayed in that game for a hot second, but ultimately came out and then missed a couple days of action. 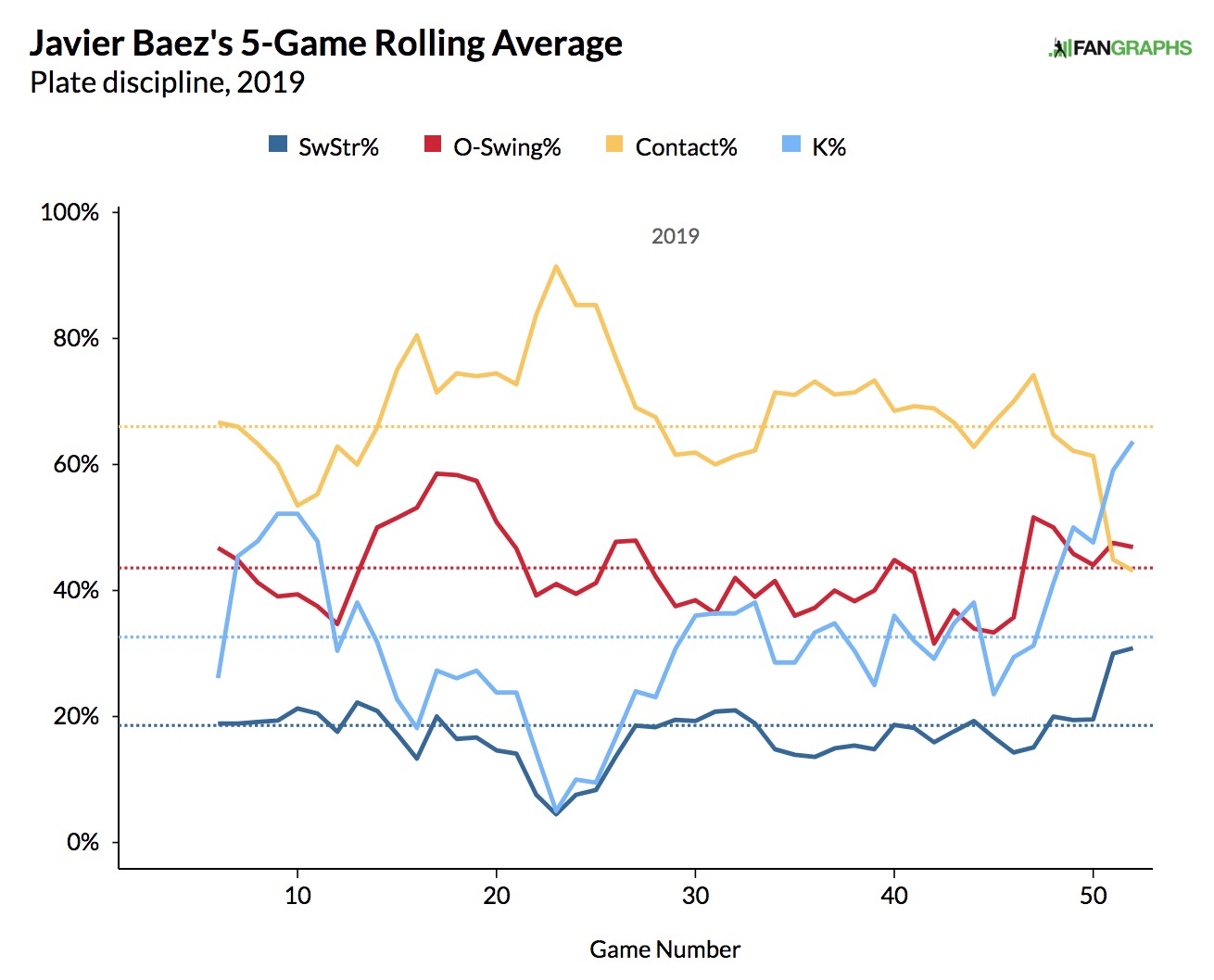 Let’s be clear about what I’m not saying here: I’m not saying that Baez is actually in trouble, much less he’s got whiff problems being caused by the heel injury. Of course that’s possible! But we don’t have nearly enough data or information to make such a proclamation.

Instead, I aim only to show how out of whack the last couple weeks have been for him in this particular area. I think it’s also important to keep in mind that a disproportionately large chunk of those whiffs and strikeouts came against a few Astros pitchers who are *particularly* good at elevating the four-seamer with huge spin – a known trouble spot for Baez. They won’t all be able to do that, and he won’t always be swinging and missing.

Still, it makes sense to put this on your radar, since clearly the heel is still enough of a concern to the Cubs that they’ve DH’d him this week instead of let him play shortstop.

Meanwhile, Michael wants this post to end on a positive note: