Young Fan Struck By Foul Ball, I Am Mostly Without Words Except Some Hope (UPDATE) Skip to content 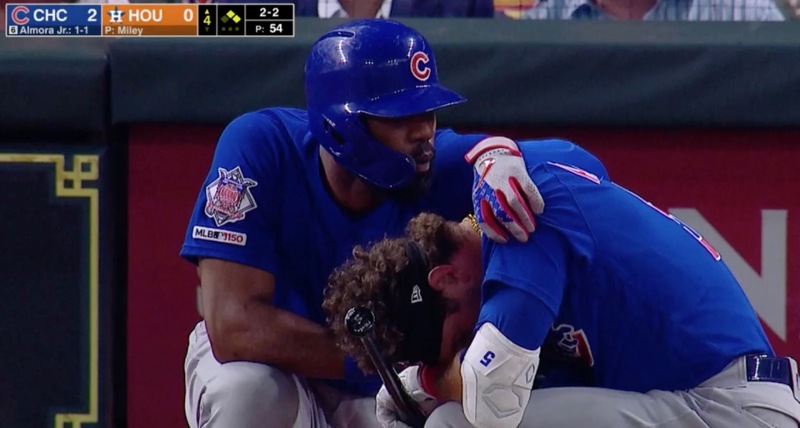 It’s been pretty hard to focus on, or frankly care about, this one tonight after the first few innings.

A foul ball went into the stands in the fourth inning, striking a young fan, and the reactions of everyone around, and especially Albert Almora Jr. left you feeling devastated.

Almora later sought out the security guard in the area, collapsing into her and his own glove after hearing what she had to say.

After Albert Almora Jr. struck a young fan with a foul ball, in between innings he went immediately over to that section to ask about the situation. You can see he is overwhelmed with emotion as him and the security guard have a moment. This is just a terrible & sad situation. pic.twitter.com/Yh3wWmDjhx

Will wait for official word from the Astros but hearing positive things about the child that was hit by the foul ball. Cross your fingers.

We don’t yet have an update on the fan beyond scattered reports of varying reliability, and this Houston Chronicle report that indicates the child was screaming after the foul ball, and was rushed out of the section. Eyewitnesses in the area, per that report, indicated that the child was conscious.

If there are additional updates shared by the family or the teams, I will let you know.

UPDATE: Only official update at this time is that the young fan was taken to the hospital following the foul ball. The best wishes I can imagine are going out.

The Astros released the following statement. Our thoughts are with the entire family. pic.twitter.com/f1VGVP1kiu

Almora got emotional while recalling the moment when the foul ball he hit struck a young fan. He said he looked over and instantly saw the girl get hit. Still no official word on how she is, but he said he hopes to have a relationship w/ her & her family for the rest of his life.