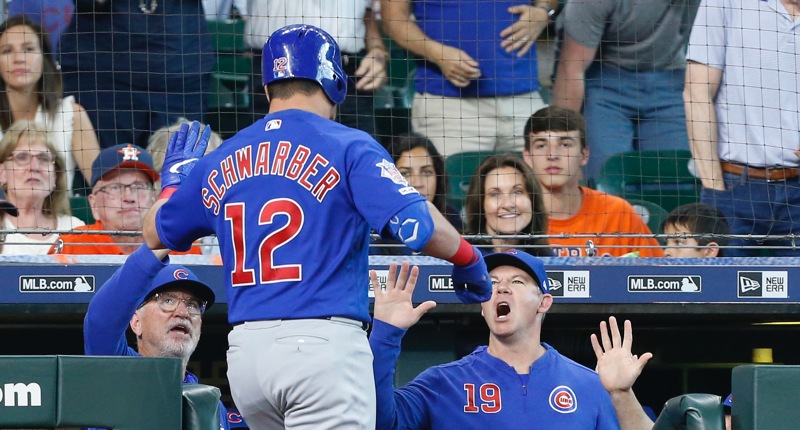 The Cubs have an off-day today for what feels like the first time in a long time. It’s probably really good timing, given the dings to Javy Baez and Kris Bryant, the struggles in the rotation, and unsettled bullpen.

Kris Bryant said he had "very mild" symptoms after OF collision on Sunday: "Running into JHey is no joke. He's a big dude…Felt like I got blindsided or tackled. Never played football but maybe that's what it feels like."

Robel Garcia just hit a 400+ foot homer against @cakesbaseball ace Zac Gallen to put the @IowaCubs on the board in the 7th inning. Garcia has 5 HR in 20 games with the I-Cubs. Combined with his time w/@smokiesbaseball, that's 11 homers in 42 games. 36-HR pace for 140 game season.

In a season w/few pleasant surprises so far, one breakout star has been Robel Garcia.
After a failed MiLB career, Garcia regrouped by playing in Italy(!)
The Cubs spotted him in the WBC, signed him this winter, and he immediately broke through in AA, showing power to all fields: pic.twitter.com/95puR1PtDQ

There's swing-and-miss in his game, and does most of his damage against FBs, but Garcia has a good idea of the strike zone. He isn't overly prone to chasing offspeed pitches. Probably wouldn't hit for much AVG in MLB but his power will play and should reach base at a decent clip. pic.twitter.com/SJRoxm83Dk

🎙 Today on Onto Waveland → @sahadevsharma @PJ_Mooney and @Brett_A_Taylor talk about the difficult scene that took place in Houston.

⚾️ How can MLB make fans safer at the ballpark?