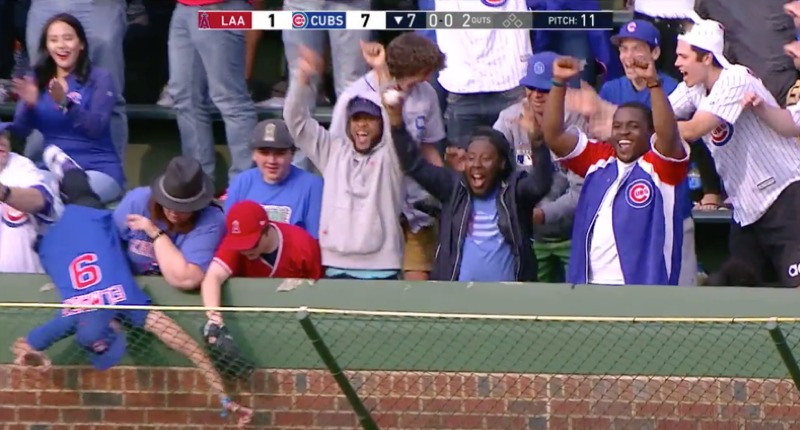 Boy, oh, boy has this game taken a turn for the better.

After watching Jon Lester wiggle his way out of some trouble in the 7th – with some MAJOR help from his new teammate, Carlos Gonzalez – Javy Baez and Willson Contreras opened up the Cubs lead to 7 runs with a couple of solo shots in the bottom half of the inning.

And speaking of heating back up, how about Willson Contreras?! He technically got his first hit (in over 20 ABs, I believe) when Mike Trout whiffed on an in-between error/hit to center field. But he decided to eliminate any confusion on the slump being over with an opposite field blast in the 7th.

(Bonus: You get to watch Javy’s homer again):

That homer was 104 MPH off the bat and traveled 361 feet. It was also Contreras’ 13th homer of the season. Boy am I feeling good.