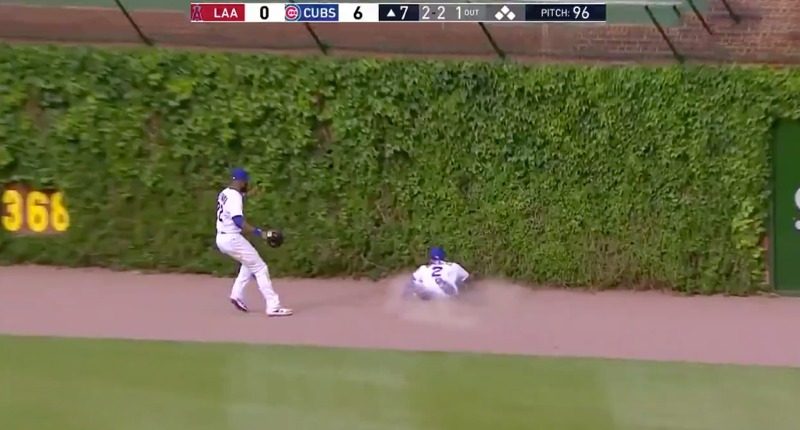 I have to admit, I was waiting to see how that inning played out before writing up this highlight, because oh boy was it tense. Fortunately, on his 108th pitch of the inning – with the bases loaded, a full count, and two outs – Jon Lester got out of it.

But he wouldn’t have even had that opportunity if it weren’t for new Chicago Cub outfielder Carlos Gonzalez making this unbelievable catch with the bases loaded earlier in the inning:

CARLOS … ARE YOU KIDDING ME?!

That catch saved AT LEAST a couple runs and prolonged Jon Lester’s outing through the seventh. I know Gonzalez has a few Gold Gloves under his belt, but yeesh … what a freakin’ catch. I did NOT think anyone was getting to that ball. Wow. My heart is still racing.