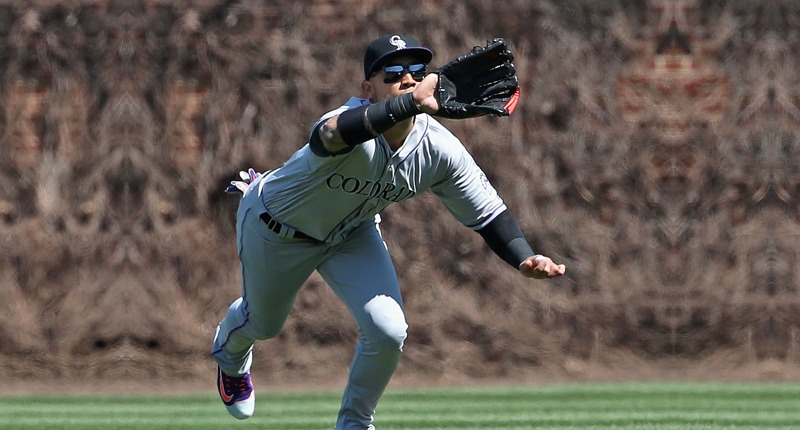 Formerly excellent outfielder Carlos Gonzalez recently signed a minor league deal with the Chicago Cubs, hoping to prove at age 33 that the “formerly” part of that description is not necessary. Doing so will mean reversing a significant downward trend over the last four years, and showing that he can succeed outside of Coors Field.

According to a report out of Miami, CarGo will get that chance starting today:

I am not familiar with Montes, but he does have Venezuelan connections (Gonzalez is Venezuelan), and it’s long been expected that CarGo’s stint at Iowa would be very short before he’d get a look with the big league Cubs. Indeed, Gonzalez told Tommy Birch that he was expecting to speak with Cubs GM Jed Hoyer after yesterday’s game, so that also tracks.

If indeed Gonzalez joins the Cubs today, he is likely to get a start or two in short order when the Cubs face tough righties. Even in his down 2018 season, Gonzalez still hit a solid .284/.344/.485 against righties. And you never know with a talented veteran – sometimes joining a new team in a pennant race just helps something click.

As for whose spot on the roster Gonzalez would take, I don’t suspect we’re going to see a significant upheaval right now. It’s most likely that utility man Jim Adduci will be DFA’d to open up a 40-man and 25-man roster spot for Gonzalez.

We’ll see if it goes down, and then we’ll see if Gonzalez has anything left. He certainly did yesterday at Iowa:

First hit for Carlos Gonzalez as a member of @Cubs organization is a solo homer to bring the @IowaCubs deficit to 5-4 in the 5th inning. Hit it on top of the batters eye in CF here at Dell Diamond. 440 ft.

Welcome to the Cubs, CarGo.

“I still think that I can bring a really good game to the table and, right now, I’m just waiting for every opportunity I get.” Carlos González believes he still has something to offer the #Cubs. https://t.co/ZbjzPQab7l