Carlos Gonzalez Already Cherishing Being on the Cubs Skip to content 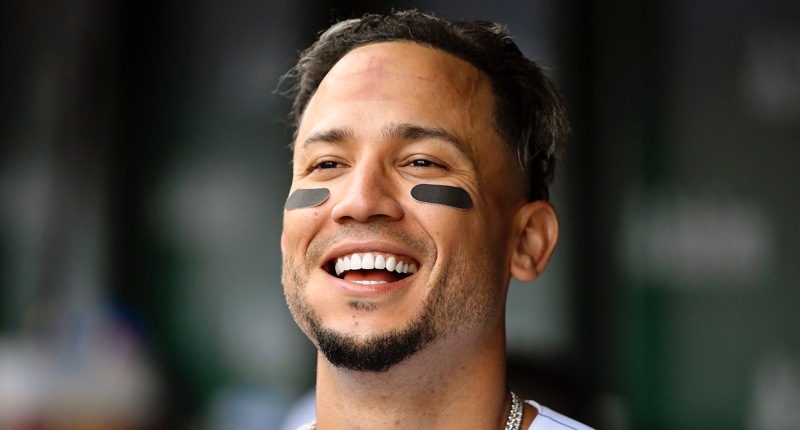 One game does not a season make, and it’s certainly no more a good bet today that Carlos Gonzalez will be a huge addition to the Cubs than it was yesterday. Odds remain better that he’s a 33-year-old in decline, and the Cubs would be fortunate to find him a useful bench player against righties.

HOWEVER, that first game? Well, it was a good one. Not only did Gonzalez single, walk, and score a run, but he also made a balls-out, critically-important catch in deep right center, saving Jon Lester’s great start in the process:

Thank goodness that ball came down where it did, because I don’t think CarGo was stopping until he gloved it … and the Wrigley wall is extremely unkind.

On his Cubs debut, Gonzalez said, “It was better than I expected …. but not about my performance. Just being able to wear this uniform and being on the Cubs’ side, it’s great man. The energy that these fans bring every day is tremendous. I’m looking forward to more days like this.”

What a great line from CarGo about his new old teammates:

After we finished talking to new #Cubs OF Carlos Gonzalez I asked if he knew any of the players on this team. Gonzalez said, “When I was in the dugout I told them this was my second as a Cub, the first was the 2016 All-Star game that was all Cubs.” @WBEZ