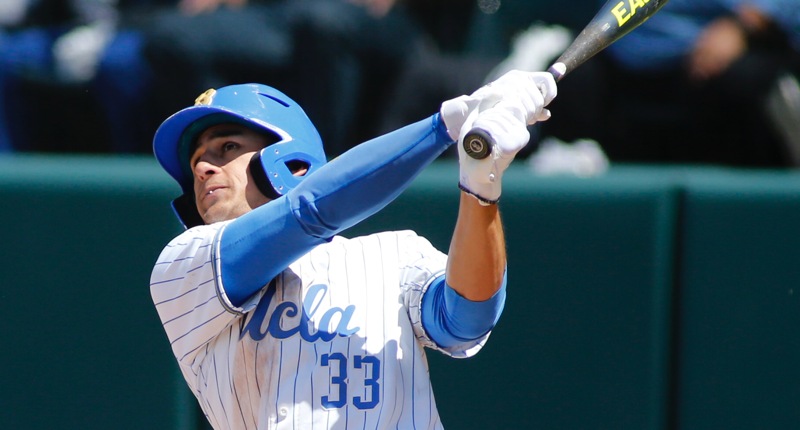 With their second pick of the 2019 MLB Draft (64 overall), the Chicago Cubs tonight selected an offensively-minded college second baseman.

Chase Strumpf was ranked the 41st prospect in the draft to MLB.com and 51 to FanGraphs, so that’s about the range of the outside pundits on the Cubs’ second round pick.

Obviously when you’re playing second base in college, there are already questions about the glove and whether it can stick in the middle infield. But the bat is very well-regarded, and that’s the meat of the pick.

The Cubs take UCLA second baseman Chase Strumpf in the second round (No. 64). pic.twitter.com/xiz0jmJ4PH

A great read on Strumpf and the impact sports psychologist Ken Ravizza, who was connected to Cubs before he passed away, had on the young UCLA player.

The Cubs drafted Chase Strumpf while he was on deck. He followed up with this pic.twitter.com/odCGLnTAG0