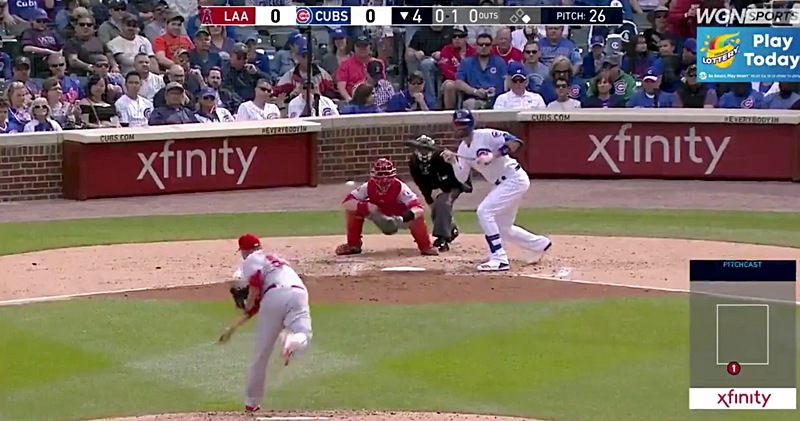 If you thought it looked really strange to see Kris Bryant square up and bunt one yesterday, that’s because it was. Deeply strange. As in, he’s never done it in the big leagues strange.

Bryant, with 2,720 plate appearances in the Major Leagues, has never even laid down a sac bunt, let alone gotten a hit with one. And, generally speaking, why would he? When you can rake, and when you’re a righty where the shift is on the other side, why would you be up there trying to bunt for a hit?

Unless the circumstances were just perfect to try it:

There you’ve got a groundball pitcher in Trevor Cahill, with whom Bryant is familiar, and a third baseman who apparently moonlights as Tommy La Stella (believe it or not, that was Taylor Ward, not La Stella). Bryant must have known that the throw would have nothing on it, because even his aggressively firm bunt had zero chance of turning into an out with that throw.

The bunt wound up being exceptionally savvy, as it helped produce the Cubs’ first run of the game, all without the benefit of a hit with a runner in scoring position. (The Cubs did manage to go 4-5 with runners in scoring position after that inning, though!)

In the end, I don’t reckon we’ll see too many bunts from Bryant in the years ahead, and I also don’t think we’ll see any defenses adjusting to account for this remote possibility. But maybe it helped Bryant get out of a mini-rut, and it certainly helped the Cubs in that moment.