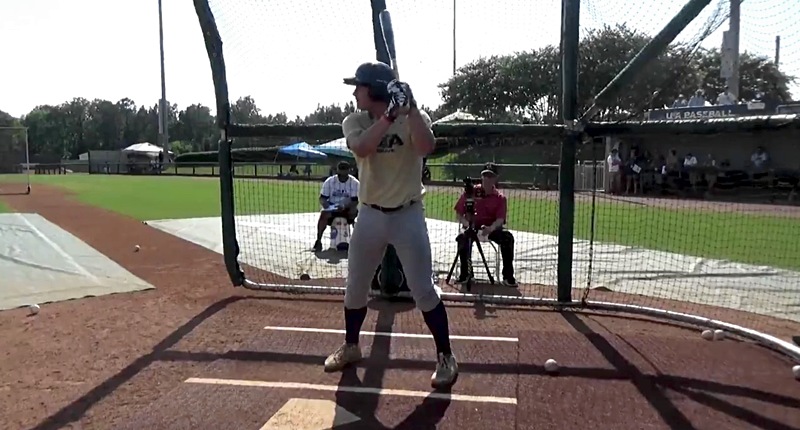 This Cubs front office just doesn’t mess around. Not only were they hard at work signing Craig Kimbrel yesterday, and not only were they concluding the 2019 MLB Draft – 30 rounds of it – but they were also *SIGNING* one of their top draft picks!

The #Cubs have reached an agreement with Mobile Christian catcher Ethan Hearn who will receive 2nd round money to forgo a scholarship to Miss. State. He is considered the best high school catcher in the draft. They took him in the 6th round.

Ethan Hearn was not necessarily universally regarded as the top high school catcher in the draft, but he was pretty universally in the top three. Getting him locked up this quickly is already a tremendous boon to the draft class.

Second round money is a pretty wide range, from just under a million bucks to upwards of $1.6 million. You generally expect this caliber of prospect taken in this range to be closer to the $1 million end of that spectrum, so we’ll see. In any case, what’s important is that the Cubs will have gone way over slot to sign Hearn, which means they already know – for sure – that they are saving slot money elsewhere.

In other words, the deals are very likely in place, if not yet officially, with some of their higher-round picks that might come in under slot. The Cubs have been busy, busy, busy this week.

For more on Hearn, see our initial write-up when he was drafted:

Cubs Pop One of the Best High School Catching Prospects in the Draft in the 6th Round https://t.co/JMNOisHB8E (via BN)