The Cubs completed their draft with thirty additional selections on Wednesday, drafting 18 collegiate players, nine high schoolers, and three from junior college. Brett had the details on those specific names in his live post.

I love how I learn about colleges from the draft. Double-A reliever Craig Brooks – who was just named the Cubs’ pitcher of the month for May – once taught me about Catawba College. Yesterday’s great example? The Cubs’ 18th round pick, Alex Moore, from Lander University with these numbers last year: 69.1 IP, 68 H, 5.32 ERA, 33 BB, 84 K. I’d never heard of the Lander Bearcats, a public university in South Carolina with 3,000 students and a 31/69 male-to-female percentage breakdown, according to Wikipedia. Not necessarily where you’d expect to find a pro pitcher.

It just goes to show, though: if you have talent in this sport, the scouts will find you. Hard not to appreciate the work they do after three days and friggin’ 1,217 picks. Onto some draft and minor league notes:

I count 15 college seniors on Day 3 for the Cubs.

Finding that data on past years will take some digging, but that feels high.

On the good side, you can probably pencil all 15 in for a trip to Mesa. 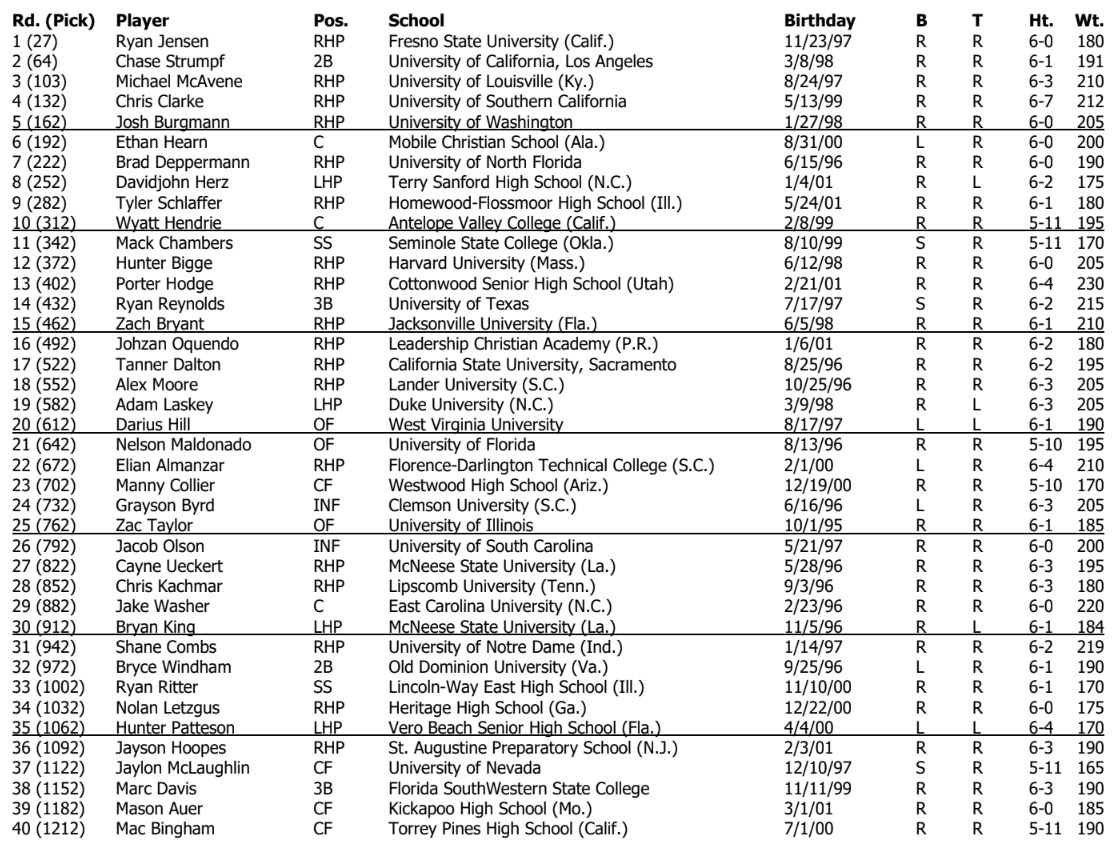