Gulp, I'm Gonna Say It: Carl Edwards, Jr. Has Been Lights Out for a Month Now Skip to content 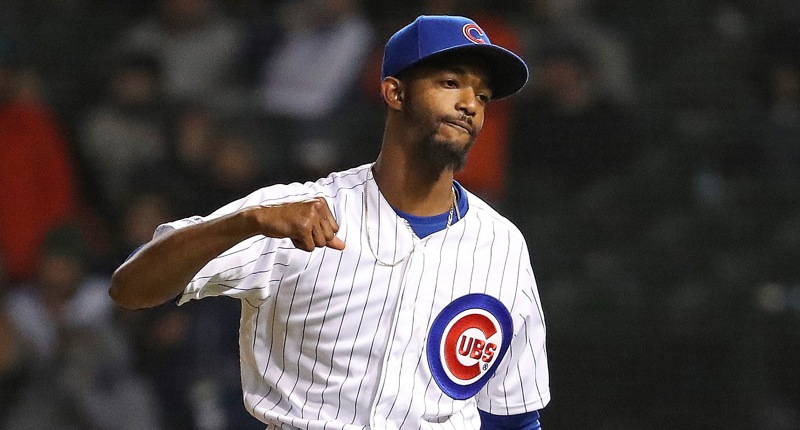 That’s right. Over the span of an entire month, Carl Edwards Jr. has walked ONE (1!) batter. I did not know that was possible. And, even while he’s been filling up the strike zone, he’s still striking out a third of the guys he faces. He’s also been getting a comical amount of weak contact and infield pop ups, as just about nobody has done diddly poo against him over these 14 appearances. He allowed a homer against Eugenio Suarez in Cincinnati back on May 15, and he was charged with two runs against the Phillies that scored after he departed the game (one of which reached on a bs BABIP hit).

Since this otherwise arbitrary cut-off comes after he was sent back to AAA Iowa to get himself back in a good place, it does feel a little less arbitrary to point out his success this past month.

How’s he been doing it? Well, it’s not *quite* as simple as saying he’s just throwing more strikes, but … well … he’s throwing more strikes. During this stretch, Edwards has been in the strike zone an even 50.0% of the time. In the year that preceded it, he was under 40%. We always say it when it comes to Edwards’ unique stuff, but just throw strikes, man. The rest takes care of itself.

On the whole, it’s been a month that looks like the best version of Edwards, which we have seen far too infrequently in his big league career. Will it continue into a second month? Will this post jinx him into oblivion? OK, that second one is not a real thing, but that first one is not something anyone can know for sure, given how erratic Edwards’ performance has been. Moreover, he’s mostly been pitching in lower-leverage spots this time around (though he has gotten some dirty chances that he’s cleaned up well), and we know that he has struggled in the past with the mental side of the game.

Then again, with Craig Kimbrel soon joining the bullpen, and Pedro Strop now back from injury, it’s less likely Edwards will be called upon in the most stressful of late-game situations. He may benefit quite a bit from those two guys joining the bullpen, and the Cubs, in turn, would benefit all the more from seeing this version of Edwards continue on into midseason.