Keuchel to Braves, Fight the Sun, That Pitcher Did Good, and Other Bullets Skip to content 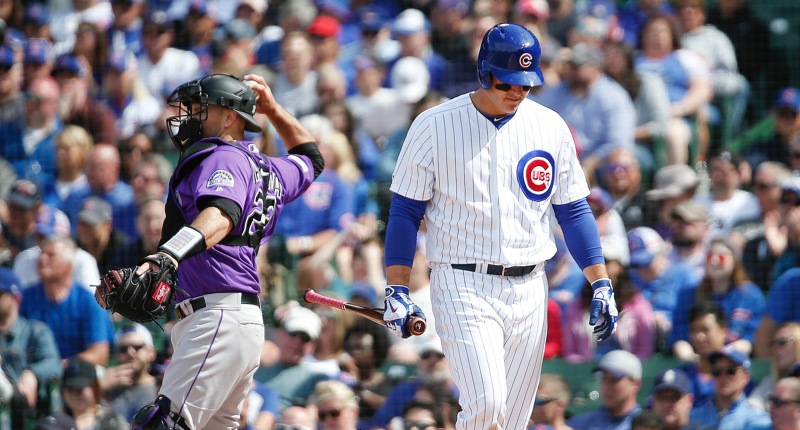 The BN crew is TAKING OVER WRIGLEY FIELD!!! Er, well, we’re all going to the game today, at least. Me, Michael, Luis, Bryan, and the new guy Eli are gonna be in the bleachers today (right field by the video board if I have my way), so if you’re there, look for us. Or if you spot us on the tube catching an Anthony Rizzo bomb, make sure to screenshot us looking absolutely ravishing.

Reporter: Was that ball that Kris Bryant misplayed in the sun a byproduct of not playing the outfield often?

Joe Maddon: It was a byproduct of the sun. Whoever put it there I was really upset with.

Rookie Peter Lambert didn't venture into the zone very often against the Cubs' LHH. Filled up the zone vs. RHH. Here's a look at his 9 K's.

Schwarber: "He did a good job commanding his heater. He kept painting the down-and-away zone and kept nailing it. He didn't really miss." pic.twitter.com/sSo966YF3j

Contrary to popular belief, starters making their MLB debut haven't been overly successful at Wrigley Field. Prior to Peter Lambert yesterday, the last starter to win at Wrigley in his MLB debut was Mateo in a 7-3 @Cubs win on 8/3/06 vs. Arizona. pic.twitter.com/nwpOvBlnLt

If you didn't win that @obvious_shirts contest but still really want an awesome Javy shirt, I talked them into giving Twitter followers 10% off today – use the code OSTWITTER: https://t.co/c2qUkDCuXY pic.twitter.com/SIq74vyIWi