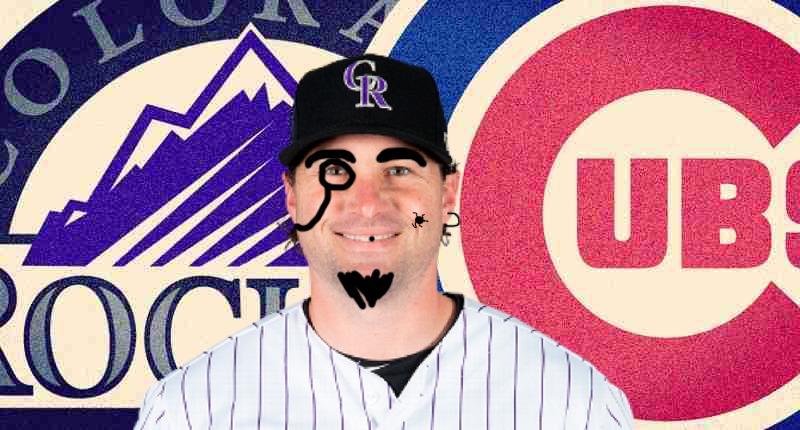 The Chicago Cubs wrapped up their homestand with a sweep of the Cardinals, and are now heading out on the road for seven games against the NL West – which means late starts, late nights, and more Daniel Murphy in your face. Joy.

Indeed, the Cubs will begin this road trip with three games in Colorado, whom they faced just last week (taking two out of three in the process). They’ll see two of the same pitchers, German Marquez (whom they absolutely rocked), and Peter Lambert (who dominated the Cubs in his big league debut).

The Rockies, likewise, will get to face Yu Darvish and Jose Quintana a second time in short order, which usually works in the hitters’ favor. Fortunately, both pitchers performed well last week at Wrigley Field … but of course, Coors Field is an extreme hitter-friendly ballpark. Steep ask for a second straight start against these guys.

The Chicago Cubs (37-27) have won three straight contests and are 10 games over .500 for the first time since May 25th. They’ve technically got a .002 lead in the division over the Brewers, who’ve won four straight, though they are effectively tied.

The Colorado Rockies (33-31) lost two of three to Cubs last week and followed it up with another series loss to the Mets over the weekend. After getting really hot before coming to Chicago, they’re now just a couple games over .500 and 11.0 games back in the NL West.

Cubs Pitcher: Yu Darvish will be front and center this week, as he’s finally built up a nice little stretch of starts, including his most recent: 5.1 IP, 3H, 2ER, 3BB, 5Ks against the Rockies (which was actually better than the final line looked). With some momentum behind him, this feels like an important start. Will he keep it up? Or take another step backwards. It’s not easy to pitch in Coors Field and it’s not easy to face the same lineup twice, but Darvish, when he’s at his best, can carve through any lineup. I’d like to see that tonight.

Cubs Player: Kyle Schwarber has obviously been tough to ignore, but he got some love earlier today. So let’s go with Jason Heyward. Heyward has been pretty freakin’ hot for a while now, slashing .302/.405/.476 (135 wRC+) in his last 74 PAs dating back to May 19th. He had gone through a biting cold streak before that, but he also started the season off hot enough, so overall he’s been an above average offensive contributor. Which is pretty great. Still, I’d love to see him take this super-hot streak up over the 100 PA mark. We’re getting close.

Rockies Pitcher: German Marquez has been very good this season, but was absolutely blown up by the Cubs at Wrigley Field during his most recent outing (5.1 IP, 7H, 8ER, 1BB, 5Ks). I’m sure he’s not thrilled to faced them again in Colorado. Let’s hope they’re still seeing him well and repeat that performance at Coors, eh?